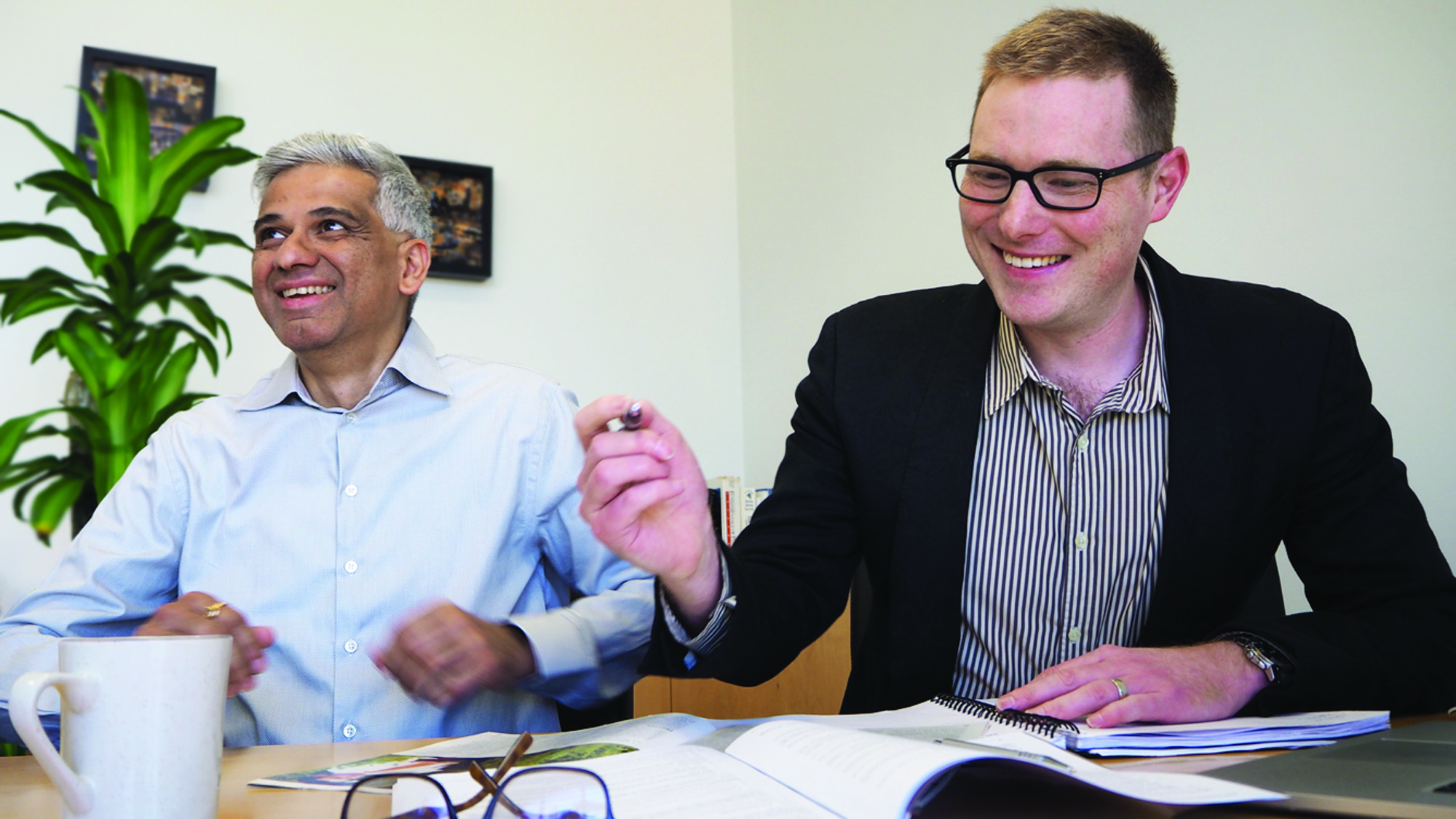 Ashay Prabhu first came to Australia as a cricket player and university student in Tasmania. Today, he leads a multi-million asset management business.

This year marks a decade since Prabhu launched asset management business Assetic with co-founder Joel Brakey and the business on track to hit $10 million in revenue for the anniversary.

Assetic is a software and service business that specialises in strategic management of infrastructure assets.

The business began primarily working with local governments, which is still its core business. However, in the past few years it has diversified into other industries such as rail, water and power.

Assetic has a staff of 75, with a head office on Collins Street in Melbourne and international offices in Seattle, Toronto and London.

Prabhu first began working as a young engineer in the late 1980s.

“I was part of a New South Wales Government team that embarked on building the world’s first asset modelling system and then the government sort of ran out of appetite in a couple of ideas leaving me the option of continuing in the government or looking at the asset management role,” he tells SmartCompany.

“The entrepreneur in me said there’s an opportunity to make change – the passion [was there] to do something that can make a difference and commercialise it.”

Prabhu was still working with local governments in the early 2000s. It was at his wife’s instance that he met with a plucky young software engineer – his future co-founder Joel Brakey.

After spending the whole day together hashing out what an asset management system looks like, Brakey came back within three weeks with all of Prabhu’s ideas on a web-based platform.

Prabhu describes his co-founder as a “genius” and the “absolute backbone” of Assetic.

“When we become a $1 billion company we’ll write a book called ‘Behind every successful founder is a co-founder’,” Prabhu says.

SmartCompany caught up with Prabhu to find out why he doesn’t have his own office and how he manages to find time to write a series of children’s books.

For Prabhu, part of the attraction of owning his own business is not being restricted to conventional work days.

“I’m not a 9-5 person and it was just too frustrating working in that type of environment,” he says.

Prabhu’s typical morning begins with getting up and having a cup of tea.

“[A] cup of tea is my pre-cursor to checking what’s gone on in the US the night before,” he says.

The global reach of Assetic means that after this ritual, Prabhu spends much of his mornings checking emails and WhatsApp.

A typical work day for Prabhu combines both structured and unstructured activities.

His morning could be spend going over a deep-routed science query from one of his developers. In the afternoon, you might find him doing a demonstration, followed by a video conference at night and spending time with customers in between.

Although Assetic has an entire floor for office in Melbourne, Prabhu himself doesn’t have an office.

“I’m probably the only founder-CEO I can think of that does not have a physical office,” he says.

“I prefer to work on the iPad on the iPhone. I’m not necessarily in the Melbourne office any day, I’m anywhere in the country. I was in Singapore last week and India the week before,” he says.

Prabhu relies heavily on technology and the ability to work remotely from wherever he is.

The rise of the smartphone and internet banking has made operating businesses remotely easier over the past 10 years, he says.

The Assetic office has also been designed to foster creativity and innovation, whether it’s in the yoga room and the innovation room that people use to work on their ideas.

Prabhu says his business philosophy has always been to back his employees.

“Backing people, not backing a product, and allowing people to be crazy and innovative,” he says.

“I encourage people to send me emails at 1am, which happens all the time.”

Whilst many entrepreneurs don’t get as much downtime as they would like, Prabhu has a range of hobbies he is passionate about pursuing in the evenings and weekends.

His hobbies include canvas painting, being a part time singer and writing poems and children’s books.

In fact, Prabhu is currently working on a series of children’s books called The Class of ’84, which he was inspired to start after reconnecting with school friends and learning how differently they have all grown up.

Prabhu has written eight of the books, which cover what a class of 60 people have gone through from grades one to 10, and is looking at getting his works published over the next three years.

“Drama, acting, writing has been in my DNA since day dot,” he says.

Prabhu is also still a big cricket fan – with an equally cricket mad 12 year-old-son – and never misses a game.

He also plays socially, coaches a junior cricket team and sends his staff weekly newsletters that feature cricket analogies for business, because he believes there are plenty of similarities between losing runs on the cricket pitch and business pitfalls.

“I find just having a brainwave and sending an email to everyone at Assetic during a cricket match is better than having a meeting for 2 hours,” he says.

Assetic is continuing to expand, having recently launched a cloud-based suite of asset management software, which Prabhu says is the future for business.

He sees Assetic continuing to use the cloud and continuing its expansion into the US and Europe in a way not backed by the traditional business models.

“The more rapidly we can scale that, the more likely we can become a global business,” he says.

He believes the business will look and feel completely different in another two years and will be supporting on a cloud based system 24/7.

However, something that won’t be changing is the three things taught to Prabhu by his grandfather, which he’s never forgotten.

“One – never venture outside your area of expertise stick with what you do and just keep doing it better and better,” he says.

“Two – always back people, don’t back your product back people and let them innovate

“And three – don’t give up. Sometimes the trick is to just hang in, and hang in and it’ll happen.” 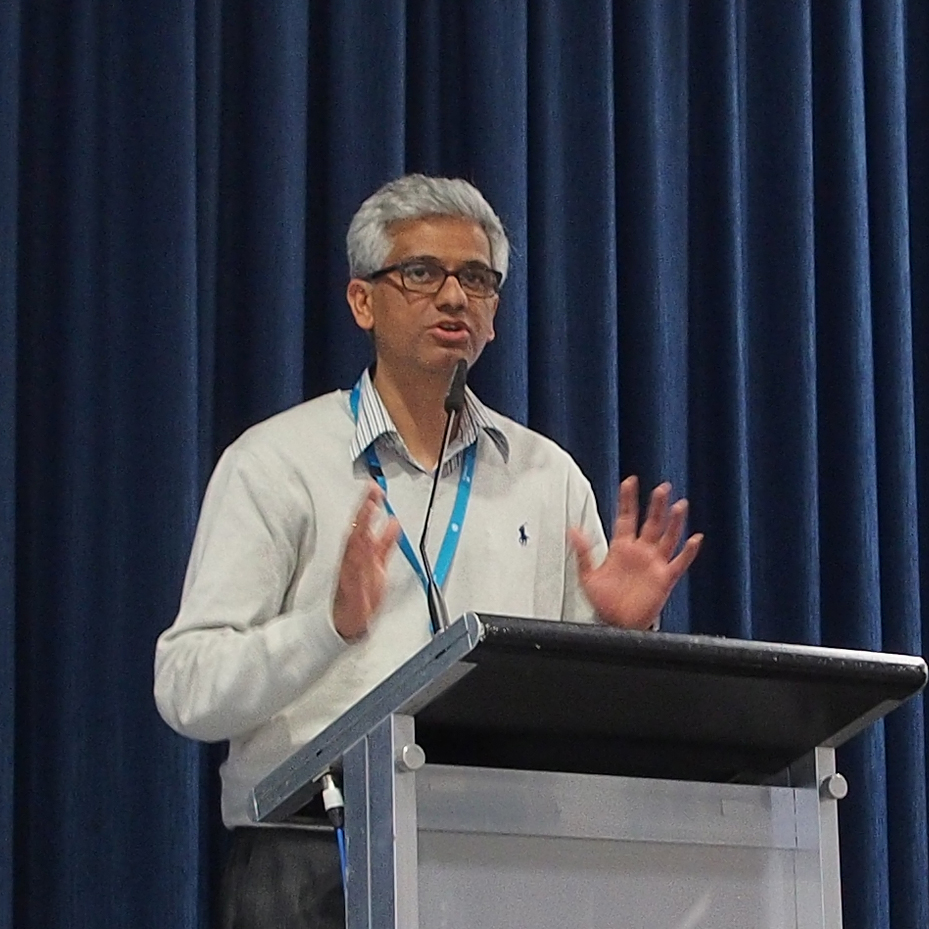