How busy is too busy: Are your directors overloaded? 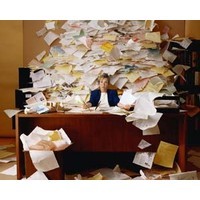 With the appointment of three new directors at today’s AGM, engineering firm Downer EDI now has a board that’s almost gender-balanced.

On its seven-member board, three directors are women (two were appointed today). This is impressive, especially when compared to Downer’s peers. In the ASX200, only 15.1% of directorships are filled by women, according to October figures from the Australian Institute of Company Directors.

While shareholders overwhelmingly welcomed the new appointments, there were questions raised about the other commitments of board nominee Eve Howell, who is a chair and CEO of EMR Resources and also sits on the board of Mermaid Marine.

A proxy for the Australian Shareholders’ Association, at the meeting representing retail shareholders, gave his balanced approval to the appointments.

“Shareholders do want to see directors on the board who have the time to give to Downer,” he said.

“The conundrum is that qualified directors are likely to be busy and in-demand. There’s some sort of balancing act we as shareholders have to make.”

It’s not just a balancing act for shareholders, but one for directors to navigate too.

Many senior businesspeople sit on the boards of several listed companies, and knowing when they’ve taken on too much can be tricky.

Julie Garland McLellan, who sits on several listed and not-for-profit company boards, says her emotional attachment to the companies she leads is a good indicator of whether she’s taken on too much.

“I find that I tend to wake up at 3am and think about my companies,” she says. “When you’re invested like that you notice things,” she says.

“But if they’re not uppermost in your thoughts from time to time, that tells you that you don’t really care. That’s probably a good time to get off the board and make way for someone who does.”

Being a good director is about far more than just attending meetings, Garland McLellan explains.