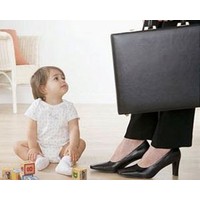 When it comes to gender diversity, companies have been talking the talk for years.

However, progress has been slow, and whenever there’s a little of it, the urgency to fix the problem fades.

Maile Carnegie has worked for Proctor & Gamble in several countries over her 22 years with the company. Now she’s the managing director of the multinational consumer goods giant in Australia and New Zealand, and she says the biggest impediment she can see to women’s corporate leadership in Australia is the lack of affordable childcare.

“As a percentage of after-tax income, childcare is incredibly expensive,” she tells LeadingCompany. “When you look at the numbers and where women’s participation falls off, it is typically around childbearing age. The cost and availability of childcare is a disproportionate barrier.”

For that reason, Proctor & Gamble is very careful about the re-entry to the workforce of new parents, Carnegie says. “We become very focused on supporting the mother and father as best as we can,” she says.

“Quite often, what we find is most returning mothers or fathers don’t want a full-time flexible schedule, but want the option to work say four days a week. It’s typically not very difficult to accommodate that as an employer. The rates of women returning from maternity leave … at Procter & Gamble are very, very high – above 90%.”

Carnegie sets an example from the top: “I very much take advantage of flexible work practices,” she says. “It doesn’t mean I don’t work hard, but it enables me to better balance commitments with husband.”

Procter & Gamble began employing women in factory roles 1894. It became an equal opportunity employer in 1968. Carnegie has worked with the company since she graduated from the University of Technology Sydney in 1991, and says diversity has been a priority the whole time she’s been there.

Today, five out of 11 of Procter & Gamble’s board members are women. Carnegie says one in three senior managers is a woman, and 50% of all managers are female.

“The goal that P&G has globally is to have our workforce reflect the customers that we’re serving,” Carnegie says. “Women represent a large percentage of people buying and using our products.

“To that goal of reflecting our customers, we don’t just look at gender, but also at age.”

“For a company like P&G, innovation is such an important part of our lifeblood. We wouldn’t succeed without exceptional innovation,” Carnegie says. “But if you have a group of homogenous people, you won’t get that constructive disagreement that leads to a creative spark, that ability to turn a good idea into something exceptional.”

At the roundtable, Carnegie told the story of how Deb Henretta, the first female president of one of the company’s baby care businesses, was able to personally overhaul a nappy product using her own eye and personal experience. “The amount of focus that had gone into the technical and engineering aspects of the nappy was phenomenal. Nothing would leak out. It was a marvel!” said Carngeie.

“But when she looked at it with different eyes, she saw it was ugly and noisy, there was tape on the side that would literally give you paper cuts.” Henretta came up with a better and more successful solution.

What’s Carnegie’s advice to corporations not making much progress on gender diversity?

“Companies need to walk away from the rhetoric and talking about it to actually starting to measure it,” she says.

“The companies that I’ve seen make progress are the ones that ground themselves in the data. Not just top-line stuff, but a detailed look at where their biggest problem areas are – where their participation rates drop off.

“They move from talking in anecdotes to being very, very specific. When companies start grounding it in data, and start measuring and tracking their progress, it goes from wishful to tangible programs.

“At P&G, we set targets. We hold senior leaders accountable for many types of diversity. And we talk about growing our diversity as a capability problem. You need everybody to understand why it’s important, and what they can do individually to foster it. And we put in checks and balances to make sure they do.”

Maile Carnegie was speaking after a panel on why diversity is good for business organised by the University of Technology Sydney.