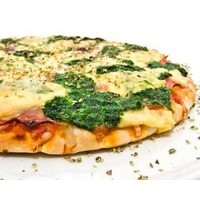 Don Meij – pizza boy turned chief executive – says there is only one way to get ahead of a new trend before it takes over: break your business model.

It’s painful and difficult but you have to take the calculated risk. If you don’t, he says, the market will pass you by. Just ask the managers at other retailers such as David Jones and Myer.

The local chief of the global pizza empire Domino’s Pizza Enterprises, who started his career as a pizza delivery driver in 1987, has shattered the company’s business model several times, and it has come out stronger every time.

“I have been in the business for 25 years and we are in our third major generational change of our business model,’’ he says.

The latest revolution is the way the company has embraced online retailing and social media. It’s creating more business. While other retailers are going backwards, Domino’s has been going gangbusters. In February, Domino’s reported a 22.96% lift in first-half net profit to $12.6 million. While a six-month inquiry by accounting giant Ernst & Young commissioned by the National Retail Association is warning that that retail sector could shed 118,000 jobs, Dominos is looking to recruit 1000 pizza makers, delivery drivers and part-time managers to keep up with the demand.

Getting ahead is risky

Meij says getting ahead of the trend means making hard calls. It’s not easy because results don’t come straight away. You need to hold your nerve.

“In 2005 when we launched our online platform, it only did 1% of sales. We were under a lot of pressure because just about every notable retailer in Australia was saying there was no money in online,’’ he says.

“Another year later, it was still only 3% of our sales. We invested quite early because we really believed in the future.

“Today, online is about to go past half of our sales. As of next year, half of our digital business will come in on smartphone, so we embraced the curve ahead.”

He is scathing about the half-hearted strategies that some retailers have taken in response to the seismic changes of online. “I know this large retailer in Australia who sells Hugo Boss shirts and they have 20 varieties in their shop.

Embrace change, and work the advantage

Meij believes the only way a business can deal with challenges is to work out ways of turning it to their advantage. For example, award modernisation has forced up Domino’s labour costs 100% over the next four or five years.

But that means people are getting better paid, which means the company is holding on to its employees for longer, he says. The result: drivers with better knowledge of areas so delivery times have reduced from 32 to minutes to 24. Also, there are fewer mistakes in store and staff members are more engaged. Meij says it’s about turning a negative into a positive.

“Rather than complain about how much people are being paid – and a lot of other retailers are cutting jobs and forcing uncomfortable experiences on their employees – we’re embracing it to our best,’’ he says. “Through better engagement of our team members, let’s look at ways of encouraging even better delivery service.”

Meij uses encouragement and training programs to engage and motivate staff. “We incentivise people through badge systems and star systems and rating systems to become better pizza makers, better dough makers, to become more skilled delivery drivers. There are training classes and we time you and you go through tests and you get different badges on your shirt and so on. And there’s the ownership that comes with that.”

Embracing the digital market seven years ago – five years after the dot com crash – was a gutsy move. But Meij could see an opportunity to connect with customers because broadband speed had caught up and technology such as Flash had come in to create better connections.

There were two other times when the business model was overhauled. One was where Domino’s relocated every shop from the back streets to the main streets. Expensive, but it raised Domino’s profile. The second, and more difficult one, was where it stopped using part-made dough, and closed its increasingly inefficient call centres. Meij could see it wasn’t working and knew the company had to get closer to the customers. Again, it was difficult and expensive.

“Customers were demanding better quality and a part cooked dough could never be as good as a fresh dough,’’ he says. “It was very costly for us to dismantle the phone centres and put phones back in the stores, which was very painful. We had one capital cost in one environment and we had to put a capital cost in every shop with telephone lines and order-taking stations and computers and systems.

“We had to train store and every team member to start answering phones and the same thing with dough – we had to go from a dough factory to individual dough equipment in every shop and that was major.

“But the end result was that customers got better service because they spoke to the store. It was more cost-effective because team members could be multi-skilled and in the case of the dough we had a much better quality product.”

Talk to any change management consultant and they’ll tell you the big problem is getting all the managers on board. Change management has been likened to a contact sport: one collision at a time. In every business, there are managers who want to stick to the old way of doing things, partly because that’s the way it was always done and partly because that was the foundation of the initial success of the business.

Meij handles those objections by emphasising the big picture and getting managers to focus on the long term. “People say we are already successful – why do we have to change? The thing is we won’t be successful if we don’t change,’’ he says.

“If we sit still, it might appear that it’s okay for a while but one day you will wake up and not know why your sales have gone; that time would have passed you by. You’ve got to attack yourself.”

How does Meij get other managers, his board, franchise holders and employees on board?

“In some cases, you have to be a benign dictator, because it’s in the better interests of the group and if you’re wrong, you run the risk that you won’t be here and you just have to back yourself.

“In other cases, you have to do endless negotiations. You have to sit around tables and say what’s the worst thing that can happen? You are endlessly talking it through and trying to sell vision.

“It’s a combination of mandate on top of co-operation and bargaining and trading with interested parties in the group, from boards to franchise owners, to managers to leadership team members to business partners outside the business. You just have to go and sell.

“And where you can’t sell, sometimes you have to mandate it and put your head on the chopping block. At the end of the day if you’re wrong and you fail, you run the risk that you’re not here. But the alternative is you’re not going to be here anyway because the business won’t be there.”

The problem with trends, of course, is you can never be absolutely certain that they will reshape the market. No one can see that far ahead. What you have to do is do your research, back your judgement and take a calculated risk.

“If you have a good track record, people give you a little more confidence. They will let you screw up a couple of times but your track record says you get it right more often than you get it wrong.

“You just have to put yourself out there and say with everything I see and everything I know and every bit of information I have, this appears to be the right way.”

Meij says his managers are champions of change. But running the team, he says, means discussion, compromise and occasionally, eating humble pie. “It doesn’t mean we don’t have disagreements together and strong passionate arguments, but we have a very good team,’’ he says.

“It’s important to allow discussion.  When you’re mandating things, you still have to have enough allies. You can’t be the lone soldier.

“There are many times where we have gone with a decision and I’ve strongly disagreed with it and in many cases it worked and I was wrong. So be it. We’re interested in success: we’re not interested in ego.”