Why it’s OK to fail 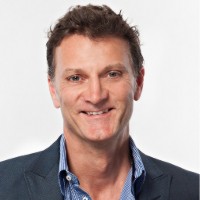 Franz Madlener knows what all good serial entrepreneurs know: failure is not the end of the story, it’s the end of one chapter and the beginning of the next.

The Madlener story is etched into entrepreneurial lore. It begins with a young man, barely out of his teens, who starts and builds a chain of eight Ocean Blue surf and retail outlets in the 1990s. He sold the chain, more out of relief than triumph.

Madlener admits he was out of his depth. “I had built a really good brand, but it wasn’t a profitable brand,” he says.

It was a lesson stored away as Madlener decided he needed to immerse himself in retail experience on somebody else’s payroll. He became a retail manager with the Westfield group but the decade ended as it began with Madlener as an entrepreneur. In 1999 he founded his first Villa & Hut Asian handcrafted furniture and homewares shop which he turned into a national and international franchise network.

Madlener was feted as one of Australia’s hottest retailers, but the 2008 global financial crisis was no respecter of reputations and the debt-laden Villa & Hut, like so many businesses, found that previously generous banks were calling in their loans as they reassessed the risk profiles of their clients. Fortunately, Madlener found a white knight in the publicly listed Allied Brands, which acquired Villa & Hut in 2009, allowing him to remain as chief executive of the business.

But the global financial crisis was biting harder and deeper than had been expected and in 2010 Allied collapsed and Madlener found himself mired in millions of dollars of personal guarantees he had made to landlords and suppliers prior to selling the business to Allied. The failure to ensure that Allied took on those guarantees was an oversight that threatened Madlener with personal bankruptcy: another lesson learnt.

However, as was chronicled in SmartCompany, Madlener’s first priority once again was to save his franchisees from ruin and he was able to find another rescuer in the Pausewang Family retail group – owner and operator of Provincial Home Living stores and co-founder of the Smiggle retail chain. Villa & Hut is now a café franchise, Villa & Hut Kafe, and Madlener managed to stave off personal bankruptcy.

Although he no longer has ties with the brand he founded and fought for, he remains enormously proud of his creation.

And so do good entrepreneurs. Madlener doesn’t mind talking about his successes and failures as an entrepreneur and he is in demand as a speaker at business forums and as a lecturer in entrepreneurship. He is also busy as a retail and brand consultant, a mentor, and even as a brand ambassador for Melbourne’s Hilton South Wharf for the past five years.

But Madlener has no interest in glorifying failures as scars of battle.

“Yes, there are lessons but I think that the human side of failure is often forgotten. People can talk about failure being part of the journey, but I don’t think anyone on the planet wants to fail. Psychologically, failure does take its toll.

“Entrepreneurs who have experienced failure understand the importance of a positive attitude, but for many there’s also depression and self-doubt.

“I had the self-doubt, I felt that I had failed myself, my family, my franchisees, my investors – the people who looked up to me. It’s not until you get over those feelings that you can think in terms of lessons learnt. It took a long time, but I’m out the other end now.”

If additional proof were needed that there is life after failure, last year Madlener was recruited by Chinese-Australian businessman Jack Chen to run and develop the Chinese equity-backed Bonbons Bakery franchise operation. The aim is to establish the brand in Australia before taking it to China.

There are many lessons that Madlener takes to Bonbons from his experience with Villa & Hut. One in particular that will be guiding the entrepreneur as he sets about building his next international brand is to be flexible.

“Sometimes as an entrepreneur you can be so focused on the goal that you forget to make adjustments to the business along the way. Sometimes you hang on to something for too long for fear of letting go,” Madlener says.

“The success entrepreneurs create through their doggedness can be great, but the failure can be far bigger than it needs to be. Entrepreneurs need to be adaptable. If market conditions change, it’s OK to step back and reassess.”