How I approached a competitor and got them to buy my business: Amanda Lintott sells Career Driven 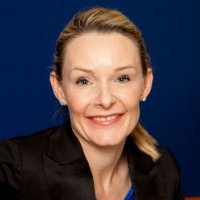 Sydney-based recruitment specialist Career Driven has been acquired by the Bayside Recruitment Group for an undisclosed sum.

Career Driven specialises in retail and corporate recruitment in the automotive industry and founder Amanda Lintott told SmartCompany this was a key feature that attracted Bayside to the deal.

Lintott founded Career Driven in 2008 and says the business is currently turning over approximately $3 million per annum.

She plans to stay on with Bayside following the sale, which will close on August 1, along with the “majority” of her small team.

Bayside is a much larger player in the recruitment industry, turning over in excess of $150 million annually, although the business had humble beginnings, launching out of a backyard bungalow in Melbourne almost 40 years ago.

Read More: Want to sell your business for millions of dollars?

The company is still owned by two of its three founding directors, Robert Blanche and John Wilson.

Bayside operates in a number of sectors, including automotive, engineering and construction and has grown through acquisitions. Including Career Driven, Bayside has acquired eight recruitment companies since 2004, including two of its signature brands, Techstaff and Bridge Consulting.

Lintott says it took around three months to finalise the deal. She initiated the conversation with Bayside but she says at that early stage, her aim wasn’t to sell her business.

“I had this idea of developing a new range of services and so I called Bayside as I thought it was a business that I could partner with to deliver the program nationally,” Lintott says.

“They are in Melbourne and I’m in Sydney and I had certain brands and they had others. There was a nice synergy.”

Lintott says Bayside liked the idea—the new range is one of the projects she will continue to work on following the sale—but the company told her they would also be interested in buying her company.

What convinced Lintott to sell is that Bayside was “open to a sale on terms that suited me”.

“We talked about the opportunities [to work together] first and a sale was the most obvious solution for everyone,” Lintott says.

“It allows me to ensure Career Driven is going into an organisation that is bigger and better, which was my first priority.”

“It genuinely is providing much more opportunities for our candidates and clients as they will go from being represented by a small agency to a much bigger one with a wider range of roles.”

“And thirdly it is so great for our clients to have the extra resources and a national presence.”

Lintott is also excited about the chance to explore the possibility of creating this new range of services and says it is an added bonus to have that opportunity “built in as part of the sale”.

Read More: Why I sold my $10 million business to TripAdvisor

For Bayside’s part, the company plans to use Career Driven as a way of improving its position in the retail and corporate aspects of the automotive recruitment industry, as well as bedding down its position in New South Wales.

“Amanda Lintott has built a strong reputation for Career Driven through quality service provision and knowledge of the market, making this acquisition an obvious fit,” Bayside co-founder Robert Blanche said in a statement.

Lintott says negotiating the sale has taught her important lessons as an entrepreneur, especially as the sale brought out “quite a few other parties” who expressed interest in buying her business but had not done so previously.

“The big lesson for me as an entrepreneur is to really make sure to stay in contact with competitors,” says Lintott, who admits to having felt nervous at the prospect of calling Bayside with her idea to work together.

“I didn’t want to sell at the time but when I rang, their very first comment was ‘you’ve called at a good time’.”

“You don’t know what will be at the other end of the phone line. Never ever assume anything. There is never anything to lose from staying in touch.”