How I made it: Eight lessons from founder and chief executive Bobbi Brown 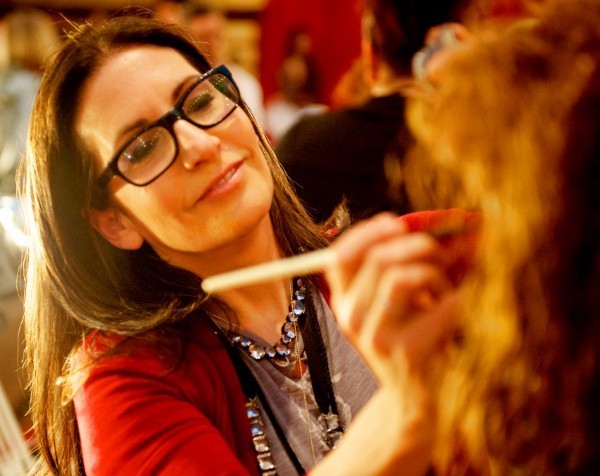 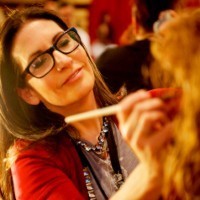 In person, Bobbi Brown is tiny. It’s also clear immediately that she’s a pocket rocket. Perched on the edge of her stool the founder of eponymous makeup business, Bobbi Brown, exudes energy as she speaks to a large Business Chicks lunch in Melbourne.

Brown trained as a makeup artist and launched her business after becoming frustrated at not being able to get lipsticks in natural colours. In 1995 she sold Bobbi Brown to Estee Lauder for a reported $US75 million ($96 million) but continues to head her business at the age of 57.

Here are her eight tips for success in business and life:

Brown was frustrated at college and her mother asked her what she really loved to do.

“I’d love to go into the department store and play with makeup all day,” Brown said.

This realisation spurred her on to train as a makeup artist, which Brown credits with sparking her entrepreneurial interest.

“What I really learned is what you put into something is what you get out of it,” she says.

“It was the start of being an entrepreneur.”

When Brown was a teenager her mother said to her, “We think you’re such a pretty girl but you would be gorgeous if you had your nose fixed.”

“I realised what a silly thing that was for her to say,” Brown says.

“I really think that’s where my beauty philosophy started – I realised it’s OK to be who you are.”

3. Be prepared to work for free

Brown moved to New York, got a business card made and starting cold calling models and modelling agencies from the Yellow Pages.

“I learnt that I needed a portfolio to show people my skills,” she says. “To get a portfolio I did makeup on test shoots where everyone works for free.”

At this stage, Brown says her job was essentially working on her portfolio.

“I did as much as I could and eventually I started getting hired for jobs.”

4. Spot a gap in the market

Brown had reached the top as a makeup artist with a cover of American Vogue and became known for her natural makeup style.

She then started working with a chemist to develop the type of lipstick she wanted to use: “a lipstick that looked like lips”.

“I wanted a lipstick that didn’t smell bad, didn’t smell like my mother’s lipstick, wasn’t greasy, wasn’t dry, stayed on, was creamy but it looked natural,” she says.

“It didn’t exist at the time.”

The chemist made the lipstick for Brown and she says, “I thought, wow, this is awesome. I bet my friends will buy it from me, maybe models will buy it.”

The pair launched 10 brown-based lipsticks and Brown started to sell them.

“I thought wow, a makeup range designed by a makeup artist instead of someone with a Harvard or Stanford MBA that’s a novel idea,” she says.

After creating her lipstick range, Brown was having lunch with a friend who was a beauty editor at Glamour magazine.

“I told her about this new project. She said, ‘That’s really interesting, can I write about it?” Brown says.

After the Glamour story Brown was “bombarded” with orders.

“My husband was sticking the lipsticks in manila envelopes and running to the post office to mail them,” she says.

“We had a little business.”

Brown’s next great contact was at a “random cocktail party in New York City” where she met the cosmetics buyer for Bergdorf Goodman who said the store would stock the product in six months’ time.

Brown’s fledgling business nearly went under after she got a call from the Bergdorf Goodman buyer who left a voicemail saying, “I’m really sorry we can’t take it.”

She rang the buyer back and said, “I got your message and no big deal because [department store] Saks want it.”

Bergdorf Goodman’s buyer called back and said, “We’ll take it.”

“I don’t even know how I thought of doing that,” Brown says.

Bobbi Brown debuted in Bergdorf Goodman in 1991 and Brown thought she would sell 100 lipsticks in the first month but managed to sell 100 in the first day.

“We were the talk of the town,” she says. “It was a pretty exciting time.”

7. Know when to sell

Brown added products to her makeup range and launched in other stores and overseas.

As a mother of three boys, she says it was an exhilarating but busy time.

“Trust me, it wasn’t easy,” she says.  “Everyone says ‘How do you do it?’ I don’t know. You were constantly running and just putting one foot in front of the other.”

It was at this stage Brown got a call from Leonard Lauder, the son of Estee Lauder.

“He said to me: ‘I believe I could take your business and scale it up and grow it and you can do what you love. You love being a mother and a wife and doing all the creative things’.”

Brown sold her business to Estee Lauder and she says “honestly it was the best decision we ever made”.

“One thing was we had an interesting relationship with a business partner at the time and it was a great way to press the reset button.”

Brown continues to be the chief commercial officer of Bobbi Brown and says she is still excited to work in her business every day.

“I can’t believe that I am as excited about every single thing we do, even more excited as we have just hit the reset button at work,” she says.

“Every once in a while you have to start freshening everything. I’m very engaged and have too many ideas.”