How leaders can break bad habits in 15 minutes 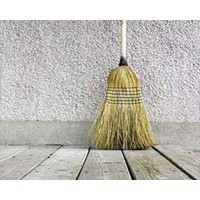 At the end of each of our senior leadership programs, we give this advice to managers: to be more effective and fulfilled leaders who make a significant difference in business and society, discard habitual ways of thinking, acting and being that don’t work so well and develop new habits that work much better.

It doesn’t sound very complicated, does it? But we all know that it is easier said than done.

Persistence is important to changing habits but if persistence was enough, there would be no need for this article. Unfortunately it is not, so here it is!

Martin Seligman has been a leading figure in the development of the “positive psychology” movement and a strong advocate for the possibility of learning optimism and developing more positive attitudes and habits. He argues that optimists are a lot happier and more successful at work and in life than pessimists, but that many of us are pessimists. He includes himself in that number and I reckon that I would include myself, too.

Seligman claims that we pessimists have a particular self-defeating explanatory style, especially when it comes to setbacks and unpleasant events at work and in our lives. He argues that in our explanations we take things personally, and we consider our shortcomings to be permanent and pervasive.

The school calls us about our child playing truant for the day and we tell ourselves: “I am an irresponsible parent.” We get laid off from the company where we have been employed for 20 years and we tell people: “I can never hold down a good job.” These explanations not only make us miserable, but they also induce passivity.

Seligman’s ‘3 Ps’ – personally, permanently and pervasive – operate as a vicious circle. I have been thinking about some different ‘Ps’ of my own for how we can develop a virtuous cycle in creating new habits. My first P is perhaps the most surprising because I call it peace of mind; my second P is persistence and third P is patience.

Let’s start with persistence because in many ways it is the most obvious. It takes action and willpower to create a new habit. It usually requires work and discipline, practise and experimentation, and new routines. Significant change usually requires sustained momentum, and it often helps to have some way of measuring that momentum and that progress. Sometimes it takes years.

Journalist and author Malcolm Gladwell argues that it takes 10,000 hours of practice to become masterful in most fields. Ghandi’s non-violent non-cooperation may have contributed to Britain’s exit from India, but it wasn’t quick!

For many years I have had an ambition to play the saxophone. I bought the instrument, had some lessons, and I would practise in bursts and especially on weekends and during holidays. I made no progress. I continually needed to relearn what I had already learnt. I would become frustrated and disenchanted playing boring little tunes. Being a pessimist, I would mock myself for ever embarking on such a ridiculous folly.