How leaders can build a mentoring culture 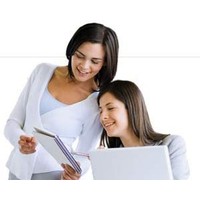 When Boral dumped its hard-driving chief executive officer Mark Selway earlier in 2012, its board was sending a signal to the market about the kind of management companies need today.

Technical and operational skills are no longer sufficient to get ahead; more companies in the ASX200 realise that managers now need soft skills, and mentoring is one of them. More boards now recognise that if managers don’t have those soft skills, they can’t do the job. Soft is the new hard.

Mentoring is a subtle kind of leadership. It cannot be forced; it is based on the willingness of both parties to learn (the mentee) and to teach (the mentor). It is a relationship built on real feelings of respect and regard. It is most effective when it is based on encouragement and support from the mentor, and inquiry and openness from the mentee. It involves informal but frequent exchanges between the two sides that are satisfying for both parties.

Nicky Wakefield, Deloitte Consulting’s national leader of human capital, says operational skills can only take you so far in your career today. “I think you get to a certain level of leadership or management through technical skills and you hit a ceiling at a particular level, unless you have very good leadership,’’ she tells LeadingCompany. “I absolutely believe mentoring and coaching is a key strength of really exceptional leaders.”

Sacking leaders for a shortfall of soft skills would never have happened 10 years ago. The skills shortage has changed all that. Companies now realise that soft skills are not only critical for career development; they are a skill that helps them hold on to their talent.

Selway, a change agent at the building material group who was getting runs on the board, is a case in point. Hired in 2010 as a self-proclaimed “Mr Fix-It”, Selway put the company through a massive overhaul with writedowns, cost-cutting and the sale of underperforming businesses. He had programs that identified waste and ways to add value through selected criteria such as cultural awareness, visual management, error proofing, continuous improvement, quick changeovers and level production.

But he got staff offside.

They complained that he micromanaged to the point where they had to have clean desks every night. In the end, after a reported verbal brawl with Boral chairman Bob Every, the board decided to cut Selway loose despite his improved business results.

The board told the market it wanted a “a chief executive with a leadership style suited to harmonising the changes that have occurred over the last two years throughout the ­company”.

Significantly, Boral’s new boss, Mike Kane, was last week telling the business media that he had a different style and that he was not a micromanager.  He was, he said, first and foremost a talent manager, one who gives his managers the opportunity and stays out of their way.

Michael Donovan, who has written Australia’s only manual on mentoring, The Art of The Business Mentor, says Boral had recognised the risk of losing talent. There would have been a lot of pushback from people who had to work with Selway, he says.

“The board may have said we risk losing more people whose combined talent is greater than this person because we are hearing from others in the organisation that while it’s been good for the business, you can’t keep doing that,’’ Donovan says.

“The old style of skill that goes back to Jack Welch is the anachronistic style of management.

“You’ve now got to have leaders who can bring people with them. You can’t do that if you’re dominant, egotistical, if you don’t listen and if you have low emotional intelligence. You’ve actually got to be able to communicate with people and hand them difficult tasks that will stretch them, help them achieve new capabilities to be able to deliver those and then when it’s successful, give them credit.”

The command-control method of management works for companies in crisis, but not once they’ve moved on. “If you keep doing that when the crisis has passed, it actually destroys the incentive for people to keep working for you,” Donovan says.

“It also destroys your succession line. You are either promoting people to be the next in line who are mirror images of the CEO and that’s destructive or you are depressing and pushing out of the business people who want to stay with you, but who won’t tolerate that bullying style of grinding people down.”

The impact of the GFC

Donovan does mentoring work with the ASX 100-200 companies. He has been getting a lot more work in the past three years. Indeed, the global financial crisis gave it a boost.

“While budgets fell through the floor, people said ‘Shit, we have a chance here that we might lose our very best talent and we can’t afford that to happen. How do we use the historic knowledge of the corporation to produce new people?’

“The overall volume may be not as good as it was before the GFC but the quality is different. I have moved from an hour, to an hour and a half, to three hours with people. There are fewer bookings but more concentration of time to get into the issues and help these people develop. The mix of content has changed rather than the volume remaining the same.”

Deloitte’s Wakefield says exceptional companies with strong leaders have mentoring programs.  “If you picked off the top 100 ASX organisations, the vast majority of those that are performing well would have mentoring and coaching as a key assessment criteria of their leaders,’’ she says.

“I don’t think they outsource it to HR; they do it internally. It’s the responsibility of the leader who is able to support and mentor their people’s development.”

How Deloitte does it

Mentoring is a key part of operations at Deloitte Australia. Every one of its 5,500 employees is mentored, regardless of the role they play. From top to bottom, it is all done internally.

Some staff members even have more than one mentor, outside that formal structure. Wakefield mentors a dozen people inside her human capital consulting business but also mentors people in other parts of the business.

“I am also a mentor to someone in tax and someone in audit. I don’t have any formal working relationship with them but they have identified that they want additional support and coaching and counselling and mentoring,” she says.

Mentoring is particularly important for high-talent people, Wakefield says. “It makes the difference as to whether or not someone has exceptional growth in a year or not. I have an exceptionally good mentor and it’s made the world of difference to me over the last 12 to 18 months.”

Chip McFarlane, a director at the Institute of Coaching, says it’s not so much a case that operational skills are being replaced. It’s more a matter of them being supplemented.

“I don’t think the shift is away from business fundamentals,’’ McFarlane says. “That’s still important. But included now is the other side of things. It’s about bringing people along, so you get their discretionary effort, they’re inspired to be with you and when you hit the hard yards, they want to be there.

“We are also getting a lot of reverse-mentoring where you get quite a few entrepreneurs who have made hundreds of thousands or millions of dollars by the time they hit 25 and they are beginning to mentor people who are entering the workforce now as sole traders and looking to build their smaller businesses. We are also finding in organisations, particularly in law firms, where Gen Y individuals who are tech-savvy and know how to use social media and they are starting to mentor some of the older partners using social media and interacting in the electronic space differently.”

He says Boral is an example of a shift in mindset for boards in the wake of the skills crisis. “Boards are looking for something different because when you alienate too many people then you become a liability,’’ McFarlane says.

He says surveys in banking and financial services reveal that people who participated in the mentoring program both as mentors and mentees showed a markedly higher engagement score in the organisation in comparison to their peers who didn’t participate in it. “They are adding value to other areas of the organisation,’’ he says.

He says mentoring usually works best when it’s done by someone outside of that department. It just gives more perspective.  With one of his clients, for example, the CFO is mentoring someone in sales.

Measuring, training and a women’s perspective

Measuring the return companies get from mentoring can be complicated. “It depends on what you look for the return in,’’ he says.  “You look for a return in people who will give their discretionary effort to the business so they’re trying harder.  But if you’re looking only for a bottom-line result, there is no correlation to adding in mentoring efforts. It has to be bigger than that. It has to be part of the overall fabric, the overall approach.”

And companies need to do it carefully. Mentors need to be trained, which can come at up to $20,000 per executive, and it should not be forced on them. “It’s not a silver bullet to solve everything,’’ he says. “Sometimes the problem is coming in where the mentors are sometimes mandated and the individual who is the mentor hasn’t been vetted, they aren’t taught mentoring skills and so they fumble through the relationship.

“When it’s not set up well, we find you can create a wonderful mentoring program but people stumble, it’s haphazard, it’s not as focused and not as successful.”

Margaret Harrison, who runs Our HR Company, says the way to measure the success of a mentoring program is to check the HR metrics such as staff turnover, absenteeism, productivity, sick leave, team efficiency and people seeking out training.

She says she expects more companies will embrace the concept as more women get on to boards. “The more women who get on boards there might be a greater focus on it,’’ Harrison says.