How Microsoft and Netflix lost their way 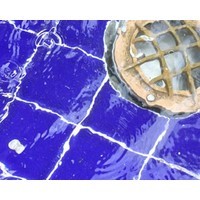 What causes a company to go astray? Recently published reports on the slips and stumbles of two much-heralded companies provide a close look at some of the internal dynamics that can undermine optimal decision-making and effective execution – even within organisations that have a history of market-leading performance.

In the August issue of Vanity Fair, Kurt Eichenwald offered an in-depth chronicle of ”Microsoft’s lost decade”. And in mid-July, CNET posted a long piece by Greg Sandoval exploring ”Netflix’s lost year”. Behind these two headlines is an oft-used metaphor: organisational leadership is akin to spatial navigation. Either leaders know where to take their company and how to take it there – or they don’t.

That metaphor is fine, as far as it goes. But a lost sense of direction, one that results in a ”lost year’’ or a ”lost decade”, is often a sign that leaders have lost something else – something that’s arguably more fundamental to long-term organisational success than the ability to set the proper forward course. What these leaders have lost, in many cases, is the ability to enable “organisational conversation.” That’s our term for the process by which key ideas and crucial information circulate within a company.

Neither Eichenwald nor Sandoval focused on communication per se. Yet each article contains clues that point to the pivotal role that dysfunctional communication played at Microsoft and Netflix. The recent histories of both companies, in fact, illustrate the problems that ensue when leaders fail to maintain organisational conversation.

At Microsoft, Eichenwald argues, leaders established ”a corporate culture that by 2001 was heading down the path of self-immolating chaos.” Central to that culture were practices that effectively obstructed the free flow of information. The company’s “stack-ranking” review system, for example, required managers to rate employees according to a bell-curve pattern. As a result, engineers and developers had a greater incentive to compete with each other than they did to collaborate.

Another effect of Microsoft’s stack-ranking system was to reinforce a rigid, top-down form of communication. Under that system, managers shared responsibility for rating employee performance, and employees therefore went out of their way to curry favour with all of the managers in their group. ”Whenever I had a question for some other team, instead of going to the developer who had the answer, I would first touch base with that developer’s manager, so that he knew what I was working on,” one former Microsoft engineer told Eichenwald.

Where organisational conversation flourishes, leaders and employees alike are able to talk among themselves in ways that are interactive and inclusive: ideas move back and forth between people of all ranks, and leaders empower employees to participate fully in cross-organisational collaboration. Microsoft, Eichenwald suggests, has fallen short on both of those counts.

In the case of Netflix, the failure of organisational conversation appears to have occurred primarily at the executive level. By early 2011, CEO Reed Hastings had concluded that maintaining the company’s existing product and pricing options wasn’t a viable long-term strategy. This was in fact an eminently reasonable view, and it spurred Hastings to develop a plan that would reconfigure the company’s video-streaming and DVD-rental services. But in shifting to a new strategy, Hastings lost sight of a crucial principle of leadership: it’s not enough to make the right decision; a leader also needs to talk about that decision with the right people, and in the right way.

Led by Hastings, Netflix decided to alter its basic product offerings – and it did so with a minimum of internal deliberation. Hastings and his colleagues also faltered in their rollout of the new product and pricing options. A wave of harsh comments and subscription cancellations followed. And Hastings only made matters worse by communicating with subscribers in a way that seemed awkward and dismissive. He later acknowledged that point by writing in a blog post: ”I messed up. … In hindsight, I slid into arrogance based upon past success. We have done very well for a long time by steadily improving our service, without doing much CEO communication. … But now I see that given the huge changes we have been recently making, I should have personally given a full justification to our members of why we are separating DVD and streaming, and charging for both.”

Leaders at Netflix behaved in ways that hindered the flow of organisational conversation. The company’s decision-making process reflected a lack of “conversational intentionality”, as we call it – an inability to foster strategic alignment through rich discussion and brisk debate.

The way that Hastings communicated (or didn’t communicate) with external stakeholders also displayed a lack of conversational intimacy. Instead of interacting with customers in an open and accessible manner, he came across as aloof and indifferent to their concerns. ”Reed Hastings stopped listening, and that’s when the trouble started,” Sandoval writes.

The factors that led to Microsoft and Netflix losing their way are numerous and complex. Both companies face truly daunting competitive challenges, and we certainly aren’t claiming that better communication alone can make those challenges disappear. That said, all signs indicate that leaders at each company have lost their flair for organisational conversation, and that loss has made it difficult, if not impossible, for them to mount a nimble response to strategic problems and opportunities.

Boris Groysberg is a professor of business administration at Harvard Business School. Michael Slind is a writer, editor and communication consultant. They are the co-authors of the book ‘Talk, Inc.: How Trusted Leaders Use Conversation to Power Their Organizations.’