How my cancer changed my view of leadership: McKinsey & Co’s Michael Rennie 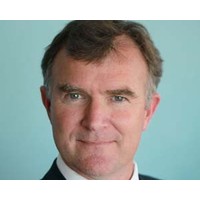 At 30, Michael Rennie was diagnosed with advanced Hodgkin’s lymphoma.

One day, Rennie was on the brink of becoming a partner at consulting firm, McKinsey, where he had worked for five years. The next, he was told he had 12 months to live.

That was 25 years ago. It was a moment that forever redefined Rennie’s approach to life, work and leadership. Rennie is explaining how he helps companies create high performance cultures in his work as the managing partner of McKinsey and Company, Australia & New Zealand, and global leader of McKinsey’s organisational behaviour practice.

His approach was born from his experience as a cancer survivor. “The cancer was pretty advanced,” Rennie tells LeadingCompany. “I had a nine-pound [four kilo] tumour, and 20 tumours around my body.”

Hodgkin’s lymphoma is one of the most curable of cancers, but Rennie’s doctors were not optimistic.

As he started medical treatments for his cancer, Rennie also looked around for help with the emotional distress of his position. “I went to visit [cancer survivor] Ian Gawler and did a program, a week-long retreat that was really about the mind and body aspects of disease; inner psychology, about taking charge of your own health. And, if you were going to die, learning to live to the fullest for the remaining years. I applied a number of techniques – visualisation, mediation, diet – and I had a profound healing. In three months, I was totally healed.”

Rennie resumed his career in McKinsey a changed man. “I realised your mind can affect your body,” he says. Among his meditations, Rennie visualised increasing his white blood cell count – which is decimated along with cancer cells by cancer treatments, leaving patients vulnerable to infection. He found his white blood cell count went above the average for a normal person, even after chemotherapy.

“There is now a lot of research saying your mind affects your body – the placebo affect being an obvious one,” he says. “My own feeling is that it was a combination of that and the chemo. Do both, and it does make a difference. It did for me.”

Having seen the idea work in practice, Rennie set out on a journey to understand the theory, and to integrate his deeply personal approach to organisational performance with traditional approaches and measurements of change.

“Organisations don’t change; people do,” he says. “But what gets someone to shift? I suddenly started to realise the limits of the external model: changing incentives, telling a compelling story and hoping for change. I was looking into the whole world of psychology and self-awareness and our impact on others. I started to realise the issue is to make it personal.”

Rennie starts by taking leaders into some familiar territory: “I ask people, ‘how much time do you spend dealing with other people’s egos?’ and they will say 20% to 30%. We have research about how people do this – positioning things, managing territory, making it feel like it is someone else’s idea – all this is ego management.”