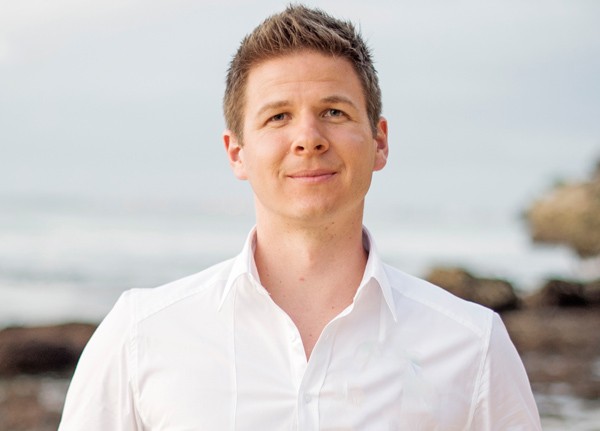 Toby Strong co-founded coffee pod manufacturing company Podpac back in 2012 after seeing a couple walk away from buying a coffee machine because it didn’t come with compatible coffee pods.

Podpac turned over around $1.6 million during its first financial year and is now on track to crack $5 million. SmartCompany spoke to Strong to find out how he managed to get his products stocked in Coles, Woolworths, Harvey Norman and The Good Guys, and why he recommends not writing down a business plan.

When I was eight years old I would sell origami to my mum’s friends.

I understood the psychology of selling from an early age. Then I went to school and had learning difficulties and was completely disengaged.

I didn’t do particularly well in school and started a business straight out of school called Materialism Clothing with two other guys. We ran that for five years and got into 80 stores nationally.

We didn’t make a lot of money from it but coming from poor backgrounds I think we did pretty well. As a result, I felt I learnt more from that than I ever would have from going to university.

Back then, it was all about getting good grades in high school and getting into university. You see so many kids jump into a uni course and by the time they finish it, they realise they’re not into it anymore and they’ve wasted years of their lives and goodness knows how much money.

I found the street smarts to be more important than the book smarts, at least in my case.

I then went overseas and travelled and worked and came back in a lot of debt. I had to pay all that off so I worked a few random jobs.

The opportunity for Podpac came about while overhearing a conversation in a Harvey Norman store.

I overheard an elderly couple wanting to purchase a coffee machine but being told the store couldn’t sell them the pods. They walked away because of that.

I recognised a problem that needed to be solved.

The first thing I did was spend months and months researching the product and finding suppliers overseas. It came down to finding the right product.

We ordered it and I had 45 days while it was transported from Europe to Australia, and that’s the period of time I told myself I had to sell the stock.

There’s no greater incentive to sell then when the stock is on the water and it’s on its way.

We dived into the deep-end but we knew the market was there.

We’re lucky because it’s a product that is not only stocked in supermarkets but also electrical retailers as well. We’re one of the few products that can be stocked in both.

How did we get stocked in the supermarkets? It was just calling, getting appointments and doing presentations.

You can’t hide behind your emails anymore. A lot of younger people hide behind emails because it’s safe and you don’t have that immediate reaction like over the phone.

I’ve just found picking up the phone and having a conversation with somebody is a much better way to go.

We’ve always tried to be targeted in our marketing. When you think about what people are doing when they’re watching their TV shows, they’re just picking up their phones during the ads.

I tried to write a business plan three or four times in the early days because I felt obligated to. For me, it just ended up being a waste of time. By the time I finished it, so much had become obsolete.

My suggestion would be to just write one or two pages in the early days because things change so much and you need to adjust your strategy based on the feedback you get from customers.

I think it’s much more important to just get in there and do the work and find out the hard way instead of writing a big 30 or 40-page business plan.

With some younger entrepreneurs, their business plans become their safety blanket in a way. It never quite gets finished and they never quite go to market.

The best piece of advice I’ve gotten is to not be intimidated by others. At the end of the day, we’re all human and take out the trash one night a week.

I heard that from a current board member and it helped me going into meetings with Coles and Woolworths when I was really nervous. In general, when you go into a meeting, the person opposite you only has as much power as you give them.

Exporting is the big focus for us at the moment. In a way, we’ve saturated the Australian market.

We’re currently exporting to 15 countries but it’s about expanding the sales in each of those regions.

Agreed. Knowledge has no power until it is applied!

Execution is everything, ideas are of no value until they are acted upon