How platitudes undermine your credibility as a leader 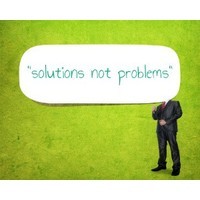 The leadership space is peculiarly susceptible to platitudes. Leaders can use them without thinking, however, they can easily be perceived as content-free statements and a substitute for thinking.

Although platitudes can contain some truth, their oversimplification makes them inadequate for dealing with the complexities and real difficulties people face.

Because platitudes have become intertwined with everyday conversation, people apply them to both their personal and professional lives, on issues ranging from strategy or operations to emotional resilience.

However, sharing a bite-size banality cannot substitute for the multifaceted job of leading.

Think about the leader who often says, for example, bring me solutions not problems. (It could be any other habitually used phrase.) This kind of response can lead to employees losing confidence or feeling that it is pointless raising real issues. This can result in a once easily manageable problem becoming a more expensive one down the track.

Part of a leader’s role is to help someone be stretched but not overwhelmed by a problem. A good leader knows how to provide guidance without micromanaging, which is tough because people have different yardsticks and often that only becomes apparent when a leader misses the mark.

A leader is not an oracle who intrinsically knows what kind of support someone needs, but rather someone who learns and is able to adjust his or her leadership style as that unfolds.

A more balanced approach might be to say: Let’s talk this through. First tell me what you’ve done so far and some of your ideas.

A leader who deals with an obstacle by saying ‘bring me solutions not problems’ may feel as if they have done a job that they have not. In this way, I think people sometimes think platitudes let them off the hook.

Their use becomes even more problematic when there’s a cultural pressure for people to ‘buy in’. You can whip up a storm around an inanity like ‘reach for the sky’ or ‘live for the now’ or any of the hundreds of variations of these positive mantras. While they may stir up emotion, the hype rarely lasts, which makes this a largely ineffective form of engagement.

Although we know little about motivation, Daniel Pink says in his TED talk, The Puzzle of Motivation, that people are motivated by meaning. This has real implications for leaders who want to build a sustained and productive corporate culture.

Another risk with platitude-driven leadership is that it can reinforce counterproductive groupthink. For example, those who see problems in a ‘bring me the solution’ culture may feel inhibited from speaking out with all the risks that poses for the organisation.

We are all busy and sometimes throwing a few words may feel as if it alleviates the pressure, but in the long term we are far more likely gain our own and others’ respect if we bring mindful reflection matched with appropriate action to our roles.

Here are some simple strategies that help create the conditions for self-awareness and avoid leadership platitudes: