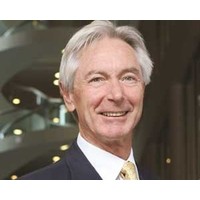 After the pair founded Australian Mezzanine Investments in 1987, one of Australia’s first venture capital firms, they went on to found the pioneering CHAMP Private Equity in 2000 with a $500 million fund. At the time private equity, a mainstay of American high-finance since the 1980s, had yet to make a mark in Australia.

“We were able to bring in, for the first time, offshore institutional money,” Ferris tells LeadingCompany. “And that was only 12 years ago. Since that time, a lot of offshore pension money has found its way into Australia because we’ve demonstrated that there’s good business to be done here.”

But even if Australian private equity players are attractive investments for offshore funds, in much of the wider community, private equity has a bad reputation.

It’s a fact Ferris easily acknowledges. “We’re all ‘barbarians at the gate’ in populist lingo,” he says, referring to a 1990 book by two Wall Street Journal reporters that gave private equity a bad name. “I’m hoping to address that.”

Ferris is the author of Inside Private Equity, a book released last Thursday that looks back on his greatest successes and failures in private equity. It follows his 2000 book, Nothing Ventured Nothing Gained, which subjected his dealings in venture capital to similarly public self-appraisal.

“Private equity has suffered misunderstandings and miscommunication in much of the popular press in this country over recent years. I’m hoping the book, to some extent, will put up a few other thoughts about why private equity is so important and why it’s here to stay, and why it should be here to stay.”

While private equity  has had a role in success stories, such as CHAMP’s investment in online job-site SEEK, it’s also had some highly-publicised failures. After TPG sold Myer in 2009, the stock has languished, while CVC ended up selling its investment in Channel Nine onto its debtors, taking a $1.9 billion loss (reportedly the largest-ever private equity loss in Asia).

“The normal buyout business is a very exciting story of growth, increased jobs, increased taxes, and all the things you would hope might come from good capital investing.”

That said, Ferris’ book isn’t all jobs and growth. It also details some large failed investments, including one of CHAMP’s first, involving linen company Sheridan. After buying the company for $131 million in 2000, Ferris and his team made several strategic errors that saw them heavily in the red when they sold the company to Pacific Brands in 2005 for a mere $60 million.

Ferris and his team intended to transition Sheridan from being a traditional manufacturing business to a company more like Nike: that is, one that outsourced production while focusing heavily on marketing efforts.

They made two fatal mistakes. The first: radically underestimating the amount of time they had before low-cost Chinese manufacturers began to target Sheridan’s market.

This story continues over the page.