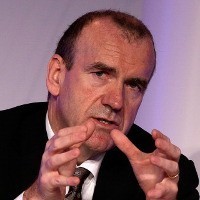 Leahy was at the helm of Tesco for 14 years and was the keynote speaker at today’s RetailTechX conference in Melbourne, chaired by SmartCompany.

He took Tesco from a struggling company with falling sales, a depressed share price and increased competition from discount retailers to become Britain’s largest employer and the third largest supermarket in the world.

It’s a transformation Leahy describes as “one of the most important turnarounds in British business history.”

“No one forecast it looking forward”, he says.

He says to undergo a turnaround businesses need to take a good hard look at themselves.

“The first lesson, and in a way the most important, is that in any business you have to face into the truth of your current situation,” he says.

“You are going to get a better picture of where the business stands because if you don’t do that you can’t navigate the correct way forward; you will be wandering around not knowing truly where you are.”

Leahy says this is easier said than done.

“It’s very hard to get that accurate picture,” he says.

“It’s hard enough for a single human being to know where they stand and to see yourself as others see you.”

When you have multiple people, in the case of an existing business, or thousands as was the case with Tesco, it becomes even more complicated.

“We all want the business to do well and we all want it to be perceived as doing well,” he says.

“But that may not be the truth of it.”

Leahy says he used data to understand the truth behind Tesco and to retain and gain customers with Tesco’s pioneering Clubcard program.

The loyalty card program was the first of its kind in the world and Leahy says Tesco had to wait until 1995 to launch the program as the computers of the time could not keep up with the volume of information.

“Today data plays an incredibly important role in bringing into the organisation from outside an accurate picture of how a business is perceived, its strengths its weaknesses, what’s going on in the world around it, who are the competitors, what are they doing and how is the position changing as a result,” he says.

“It’s absolutely crucial that an organisation finds a way to bring the voice of the customer into the business because that’s the most reliable source of information.”

Leahy says many businesses do not use the data they have about their customers because it can be such a “fire hose” of information but he believes this is a mistake.

“Data is priceless in transforming the relative position of a business,” Leahy says.

“The key is changing the skills in the business to respond to data.”

He says Tesco’s Clubcard program enabled it to uncover the voice of Tesco’s customers giving it an unprecedented level of detail into who its customers were and how they shopped.

“We had a remorseless focus on customers,” he says.

Some have questioned the legacy of the turnaround king as an accounting scandal has embroiled Tesco following Leahy’s departure.

But Leahy says Tesco is now back on track under the leadership of new chief executive Dave Lewis.

Leahy’s advice for Lewis and for all businesses is the most profitable thing a business can invest in is customer loyalty.

“Look after your customers and they will bring in new ones for you,” he says.