How the razor can reverse a leader’s fortunes 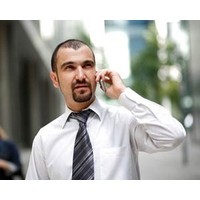 It’s a conundrum that most men face at some point: thinning hair. And while it may not seem to be an especially grave problem, male-pattern baldness “has been linked with poor self-esteem and body image and with greater stress and depression”, according to Wharton lecturer Albert Mannes.

But new research by Mannes points to a somewhat radical solution to the problem — one that directly contradicts a growing number of hair replacement services, growth serums and other products that promise to produce a robust mane. His suggestion? Just shave it off.

In his recent paper titled, Shorn Scalps and Perceptions of Male Dominance, published in the Social Psychological and Personality Science journal, Mannes describes three experiments he conducted that had some surprising results. Specifically, men with shaved heads were viewed as more masculine and dominant than other men. But it doesn’t end there: two of the experiments showed that such men were perceived as taller (by an inch, on average) and stronger (that is, seen as being able to bench press 13% more) than those men who were well-coiffed. They were also viewed as having greater potential as leaders.

“The broad take-away is that perceptions about leadership and related traits like dominance can emerge from peculiar characteristics that aren’t really related to leadership at all,” says Mannes.

Mannes — who sports a shaved head — says the impetus for his research came from his own experience in his early thirties, when he began losing his hair. “After fighting it for a while, one day I just decided to shave it off.” Mannes liked the look and received some positive feedback, but his new appearance had one unexpected consequence: when he interacted with people who didn’t know him, they seemed “stand-offish and even deferential.” That led him to wonder if his experience was unique.

To test his notion, Mannes structured three experiments. In the first one, subjects were asked to look at a series of photographs of men of similar age and dress, including some with shaved heads. Then, they were asked to rate the men in terms of how powerful, influential and authoritative they looked. When the numbers were tallied, the shaved heads won.

In a second experiment, Mannes tried to control for other physical features that could convey dominance by showing his subjects the images of four men, but in two different versions: one with their hair, and one with their hair digitally removed. Again, the images of men without hair were perceived as more dominant — and, much to Mannes’ surprise, also taller and stronger.

For his third experiment, Mannes avoided all visual cues and offered subjects physical descriptions of men, including whether they had hair, thinning hair or a shaved head. Again, the shaved men came out on top.

Mannes says he does not advise that, in general, men looking for a boost in perceptions about their leadership capabilities should automatically shave off their hair. In fact, there is a cost to opting for a shiny pate. In his studies, those with shaved heads rated lower on scales of attractiveness and were also seen as older. However, his findings hold particular relevance for men with thinning hair, who may be tempted to invest money in hair replacement or other means of salvaging what’s left. By shaving their heads, not only will these men save money, they will receive a bump in terms of how dominant they are viewed by others.

Part of the effect may have to do with the bold nature of the move. Mannes notes that in his experiments, men with thinning hair were consistently rated lower in terms of dominance. Clearly, there is a difference between simply succumbing to male-pattern baldness and making the confident, but somewhat unconventional, choice to remove one’s hair altogether.

And according to Mannes, that’s where his study could have some relevance to women, who obviously have an equal investment in being perceived as leaders in a business environment. Just as head-shaving could be perceived by some as an unconventional move for men, women who show a similar disregard for convention may come across to others as self-confident, he notes. That doesn’t mean they should shave their heads, of course. “There is evidence, for instance, that unconventional dress in women is viewed as status-enhancing. So women may have more of an impact just by engaging in unconventional behaviour.”