Adaptive leadership: can the one-trick CEO be retrained? 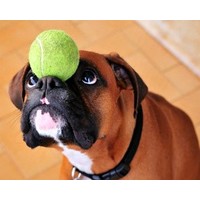 In 2010, the swift removal of Australia’s former prime minister, Kevin Rudd, from the nation’s top job by a group of disaffected subordinates may have provided pause for thought for business leaders on their own management styles.

Rudd had guided Australia through the global financial crisis but was dumped in late June. The former diplomat and bureaucrat, who had enjoyed rock-star status after coming to power in 2007, was rebuked for being a micromanager who wanted to be across the tiny details of too many decisions. His authoritarian management style did not suit the post-financial crisis environment – or his Australian Labor Party colleagues.

But Rudd is far from alone in falling from grace due to a seemingly intractable approach to management. CEOs and other executives with inflexible leadership styles only operate well when the economy, their competitors and customers, the regulatory environment and technology remain relatively unchanged, experts claim.

The inability to adapt is a career-limiting factor. And the ‘one-trick pony leader’ – often surrounded by ‘yes men’ (and women) who support the leader’s world view and keep bad news at bay – is earmarked as a dying breed. Chief executives of listed companies, in particular, are under increasingly sharper scrutiny and they must be responsive to the environment in which they operate, insists Loretta O’Donnell, academic director of the AGSM Graduate Certificate in Change Management at the Australian School of Business. “CEOs and organisations that can manage change tend to outperform competitors in their industry sectors,” she notes.

The CVs of ‘two-dimensional leaders’ provide clues for those who may be most at risk, observes Barry Bloch, partner in leadership consulting at Heidrick & Struggles, a global executive search firm. Typically, they have one-track careers with “experience in single industries or single companies”, he says. And the inability to adapt often reflects where they have learned to lead.

Take the case of Dick Fuld, known as ‘the Titan of Wall Street’, who had worked at investment bank Lehman Brothers for 39 years before he became its CEO in 1994. Fuld was the longest tenured CEO on Wall Street when the company filed for bankruptcy in September 2008 – the largest bankruptcy in US history. He was well known for his authoritarian leadership style.

In early 2007, the CEOs at Lehman’s competitors, Merrill Lynch and Citigroup, were asked to step down by their boards because their leadership was deemed inappropriate to take the companies through the tougher financial times ahead. Fuld was aggressive, confident and sure of the way forward, but drove Lehman into bankruptcy because he couldn’t be told that the complex financial modelling that the company had used to evaluate sub-prime mortgages was incomplete. Yet even David Li, the financial economist who created the original formula used by Lehman Brothers and others to cost securitised debt, had warned: “No one should believe everything that comes out of it.”

A hallmark of the authoritarian leader is not listening to others, bypassing the opportunity to hear bad news. A common tactic is keeping people who may challenge their approaches at bay by surrounding themselves with those who understand and support their style of leadership. Frequently, a cabal of chosen operatives goes with a CEO when he or she changes jobs.

For example, former US communications executive Sol Trujillo set up a two-tiered employment system at Australia’s dominant communications provider, Telstra, where he served as CEO from 2005 to 2009. Trujillo – variously described as “a bit dictatorial”, “kind of petulant” and “confrontational” – imported US executives on two- to three-year contracts, while Telstra’s Australian group managing directors were offered contracts of only six months. Up to 80 US executives, including Trujillo’s inner circle of Phil Burgess (who took the role of public policy and communications chief), Greg Winn (chief operating officer) and Bill Stewart (strategic marketing chief), had worked with him previously at two telcos in the US.

Trujillo believed he needed to import executives because Telstra lacked capability in those key areas. Over time this arrangement may have hampered his access to objective feedback, insiders suggest. Local knowledge may also have been a problem. A factor working against Trujillo during his tenure at Telstra was his US background, although his offshore experience was one of the key reasons he was hired.