How to be an extraordinary leader 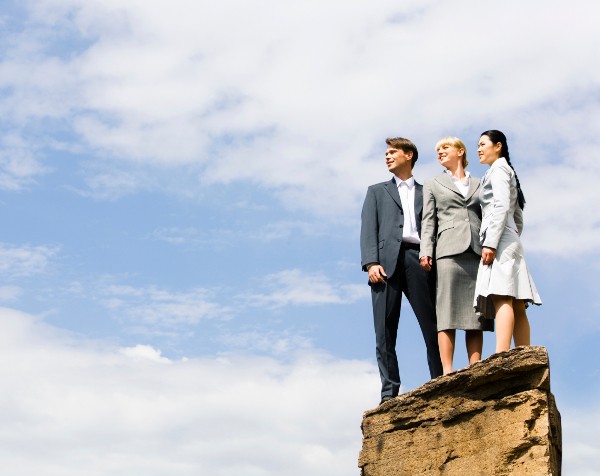 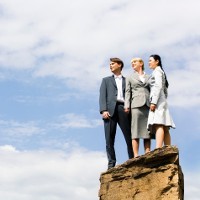 Trust pervades nearly every aspect of our daily lives and the foundation of leadership is trust. In our research, we’ve found that trust is one of the top factors that produce positive workplace attitudes.

Leaders realise that they do not achieve success all by themselves, but through building trust and relationships with the people who work with them. Through trust, leaders build both the competence and confidence of the people around them.

Read more: Trust-building tips for leaders – 10 ways to create trust in your leadership

Trust permeates high-performing organisations and it all starts with leaders creating a climate of trust. In our new book, Extraordinary Leadership in Australia and New Zealand: The Five Practices That Create Great Workplaces, we heard repeatedly how important it was to take the time and energy to create and foster trust, while acknowledging this region’s deeply ingrained cultural bias to distrust people in leadership positions.

Still, as Trish Langridge, former chief services officer for WaterCare in Auckland, explained to us: “You can move mountains if you’re prepared to involve people, and listen, and help them find a way.” Indeed, research shows that the level of trust people have in their leaders determines, in turn, the amount of influence that people accept and adhere to from those same leaders.

Extraordinary leadership starts within, by knowing who you are and the values, standards, principles, and philosophy that guide your decisions and actions. When leaders are crystal clear about their leadership philosophy, they tend to be more committed and engaged in what they are doing.

However, it goes beyond just knowing your own principles, values, and philosophy. These must be shared with those you are leading and that is unlikely to happen without a foundation of trust being established. Indeed, the degree to which people trusted “management” in our surveys was directly related to the level which they rated their leaders as having a clear leadership philosophy.

Our research conclusively shows that employees’ levels of motivation, commitment, and team spirit are directly related with the degree to which they rate their leaders’ clarity around values and leadership philosophy.

According to research by Towers Watson, Australians place a greater emphasis on values than in other parts of the world. They report that, “leaders in high-performing environments drive the company from a shared set of guiding principles by clarifying values and operating with integrity in everything they do.”

In other words, without this cornerstone of knowing deeply who you are and what you care about you are unlikely to create a great workplace with engaged employees. In The Speed of Trust, Stephen Covey writes: “Trust is confidence born of two dimensions: character and competence. Character includes your integrity, motive and intent with people. Competence includes your capabilities, skills and track record. Both dimensions are vital.”

Trust provides the power to inspire and influence. Without first establishing your integrity by building trust, effective leadership is nearly impossible.

Leaders need to be trusted and they need to be willing to trust those they lead and empower.  Head of customer marketing at Optus, Tyrone O’Neill, took this understanding to heart and demonstrated how important it is to not only build trust by leading by example, but also how this enables others to live the values themselves.

Optus enjoyed years of stellar growth before facing a serious challenge. Though the company had a strong brand and a healthy market share, the industry was changing. Rather than focus as much on acquiring new customers, the company realised it needed to give higher priority to its existing customers. To accomplish this, O’Neill turned his attention to changing people’s behaviours, beginning with his own. Everyone on the team who was not in a customer-facing role was assigned a list of customers and expected to call them directly and go through customer satisfaction surveys with them.

“[O’Neill] led by example,” said one of his managers. “He showed us how to put our value of customer focus into action. He got into the trenches with us and did everything he could to get as close to as many customers as possible to know what they were thinking and feeling. He took matters into his own hands to solve the problems that he saw. The effect was that everyone wanted to get involved and mimic his behaviour. His personal crusade changed everything.”

O’Neill’s “crusade” was not based on top-down decrees, but on bottom-up buy-in. He led through trust and not intimidation. As he told us: “Trust comes from people knowing who you are and seeing that you are consistent in your behaviour.”

Depositing into your trust fund

Establishing trust with those you lead is not a one-time event. It is a constant layering of trustworthy actions upon one another, setting a firm foundation that solidifies relationships. To do this requires making frequent deposits, through your actions and words, into your “trust fund.” As O’Neill realised: “It’s only through action that you prove trustworthiness.”

It was by leveraging shared values that Ed Beattie, executive general manager of infrastructure, was able to create a turnaround at Chorus, the largest telecommunications infrastructure company in New Zealand. Beattie had the responsibility to lead a broadband network project that was in deep crisis. Three years into it, costs were spiraling out of control, the project was $300 million over budget, and it was far from completion.

Knowing that he had to get everyone on the same page and trusting one another again, Beattie realised that the team needed to be guided by a core set of shared values. As he explained: “The truth is, the company already had strong values in place. But on this project, when the wheels had fallen off the trolley, so to speak, people got sidetracked and thought they could do things that weren’t aligned with our cultural values. A lot of behavioural issues were arising because of the team straying from our foundational values.”

Beattie led a vigorous campaign to re-affirm the core values. He instituted the campaign’s key values of “No Spin”, “We Keep Our Word”, and “We Get Our Hands Dirty.” Under each heading were various positive statements such as, “Constructive criticism builds trust,” “We do what we say we’ll do,” and “We have the courage to lead.”

Getting everyone on the same page ensured that people didn’t take the feedback personally because there was a sense of trust among the team between one another, Beattie included. Once the team was on the same page, Beattie was able to implement the changes required to get the project back on track, starting with completely restructuring the team and the way they went about their business.

You have to prove that you are trustworthy because this won’t automatically be assumed by your employees. It’s well worth the effort because the upside is so important in today’s competitive marketplace. When people trust their leaders they are willing to work harder, take more responsibility for what they do, and be all-on-board with the organisation’s mission. Where trust is evident, teams produce at high speed and low cost. At a national level, researchers have reported that trust is among the strongest known predictors of a country’s wealth. Nations with low levels of trust tend to be poor.

Building trust starts with being credible – that is, doing what you say you will do. This means you have to clarify your values and make sure that your actions are consistent with your words. You have to hold others accountable to shared values.

Bottom line: Don’t make promises that you can’t keep if you want to ensure a healthy balance in you trust fund.

Jim Kouzes and Barry Posner are the co-authors of The Leadership Challenge. Michael Bunting is a co-author of Extraordinary Leadership in Australia and New Zealand: The Five Practices That Create Great Workplaces from which portions of this article are excerpted.