Snakes on a plane: the horror of sanitised communications 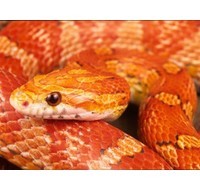 Released in 2006, Snakes on a Plane is a Hollywood action-thriller blockbuster and, in case you haven’t seen it, you can pretty much guess the plot from the title. Passengers are confronted by the spectacle of masses of writhing snakes on a plane. Enough said!

In Hollywood, films are often previewed to small test audiences and then fine-tuned based on their feedback. The audiences were gobsmacked when they saw this film and their response was overwhelmingly: “A film about snakes on a plane with no swearing?! The first thing you would do if you saw a snake on a plane would be to ****#*% swear your guts out!” The producers had been completely unrealistic in presenting a sanitised version of the story and the film was re-edited to include swearing, and lots of it.  The producers had to speak to the truth in the story.

So many times in our work we see corporate communications sanitised, where anything that does not present a glowing picture is conveniently taken out, just like the swearing in the original movie. Interestingly, this can be short-sighted as your audience, just like the preview audience, will often know about the truth in the story, and focus on the unsanitary parts that have been edited out. This significantly damages the credibility of both the communication and the communicator. Audiences begin to doubt what was said and wonder what else was left out. Not exactly the impact leaders want to have.

We did some work with a leader recently where his workplace had moved to a hot-desking model. Essentially, team members could come in and work anywhere in the office. He knew with this strategy people’s first response would be to think that it was a cost-cutting exercise. Yet when he looked at the communication drafted it presented a completely rosy scenario talking about flexible working, opportunities for collaborating and innovating etc. It was a complete Snakes on a Plane moment!

When he had to present this new policy (which had already been circulated), the first thing he said was: “As soon as I saw this policy, the first thing that came in to my mind was ‘is this a cost-cutting exercise?’” There was an audible gasp in the room. His honesty was refreshing, both needed and appreciated. He then spoke about how it might appear like that at first glance, but how it could benefit the people in the room and the organisation. The leader’s credibility soared and his honest communication had impact – he successfully influenced people to think about this positively and embrace the change.

As leaders and communicators, we face this same choice every day. Will you play it safe with a sanitised version of the truth? Or will you have a Snakes on a Plane moment and sometimes leave the communication equivalent of swearing in your message. Anything less will diminish both your credibility and your ability to influence.