How to fill the shoes of a long-standing leader 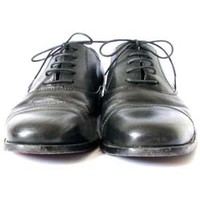 Today’s financial results for WorleyParsons (ASX:WOR) make a happy swan song for the engineering firm’s chief executive, John Grill, who is leaving the role after 41 years.

The company posted a 24.7% rise in revenue to $7.4 billion and a net profit after tax profit of $353 million. The profit is down a bit (3%) from last financial year, due to acquisitions, and underlying profit increased 15.8%. A handsome goodbye.

Grill’s departure after such an astonishing length of time in the job throws up special challenges for his successor, Andrew Wood, who is currently the group managing director.

Stepping into the shoes of a long-standing leader presents a special set of challenges for board, the departing leader, the new appointment and the company as a whole, experts tell LeadingCompany. It’s a challenge that several top companies are currently facing: blood products company, CSL; freight company Toll Holdings; manufacturer, Hills Holdings; and sportswear company Billabong, to name a few.

In the near future, many more private and public companies will struggle to keep the ship steady while a leadership transition is made. As today’s Suncorp survey reveals, the average age of the leaders in our top 50 listed companies is 53; they are approaching retirement.

In private companies, especially family-owned ones, the issue is a live one, the CEO of Family Business Australia, Philippa Taylor, says. “We are seeing more and more of it in family businesses, and in some cases the next generation are not willing or able to take on the leadership role.”

For longstanding CEOs, it can be a challenge just to step down, Taylor says. “A successful transition depends on the ability of the existing CEO to completely relinquish their position. Many take on the role of chairman, which can create issues when they are overseeing a role that they have just left.”

Adelaide company, Hills Holdings (ASX: HIL) – best known for its iconic washing lines the Hills Hoist – was a family company until it listed in 1999. Hills recently appointed former Telstra executive Ted Pretty to the top job of managing director. The incumbent, Graham Twartz, had been managing director for only four years, but spent the 15 years prior to that as finance director at Hills. Big shoes to fill.

The best way to replace a long-standing leader is by grooming a successor in the role, says Martin Nally, managing director of human resources company, hranywhere. “Some people will wait around and learn from the guru,” he says. “The best thing is to bring someone in early.”

This is the case for WorleyParsons; Wood has spent 18 years with the company.

In Hills’ case, Pretty is a newbie. “If you are going to parachute someone in from outside, they have to be up to the challenge,” Nally says.