How to get what you want in business: Five lessons after Taylor Swift scores Apple backflip 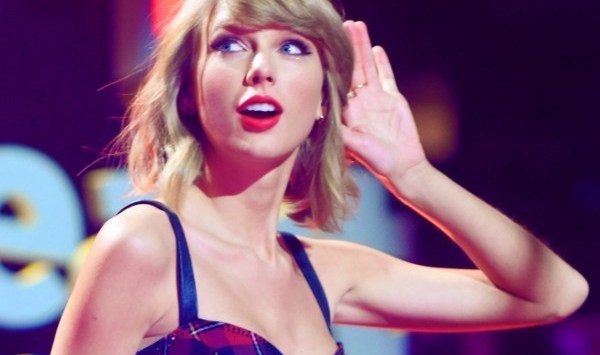 She’s one of the reigning queens of pop, but Taylor Swift is also an artful negotiator who stops at nothing to get ahead in the music business.

Swift’s business acumen was on display again this week after the pop star managed to get tech giant Apple to backflip on plans to not pay artists royalties while it trials its streaming service, Apple Music, within just 17 hours.

Here’s five business lessons from ‘Tay Tay’ for your business.

1. Know how to negotiate

It was Swift’s Tumblr post on the weekend that prompted Apple to reverse its decision not to pay artists during the three-month trial period for Apple Music.

“We don’t ask you for free iPhones. Please don’t ask us to provide you with our music for no compensation,” Swift wrote.

But while Swift clearly stated her position—she said she would be “holding back” her hit album 1989 from the service—she didn’t give Apple an ultimatum. She told the company there was still time to make it right.

“Three months is a long time to go unpaid and it is unfair to ask anyone to work for nothing,” Swift said.

“I say this with love, reverence and admiration for everything else Apple has done. I hope that soon I can join them in the progression towards a streaming model that seems fair to those who create the music. I think this could be the platform that gets it right.”

“But I say to Apple with all due respect, it’s not too late to change this policy and change the minds of those in the music industry who will be deeply and gravely affected by this.”

2. Stand up for what you believe in

Swift said calling out Apple was not just about her own music—it was about the sustainability of the industry.

“This is not about me. Thankfully I am on my fifth album and can support myself, my band, crew and entire management team by playing live shows,” Swift said.

“This is about the new artist or band that has just released their first single and will not be paid for its success. This is about the young songwriter who just got his or her first cut and thought that the royalties from that would get them out of debt. This is about the producer who works tirelessly to innovate and create, just like the innovators and creators at Apple are pioneering in their field … but will not get paid for a quarter of a year’s worth of plays on his or her songs.”

3. Harness the power of your base

Perhaps one of Swift’s most powerful business assets is her social media following—and she knows how to harness those fans to get what she wants.

And it was via social media that Apple backed down.

“#AppleMusic will pay artist for streaming, even during customer’s free trial period.”

We hear you @taylorswift13 and indie artists. Love, Apple

4. Make the best decision for you – even if it is not the right choice for others

Swift’s approach to business can also be seen in her steadfast loyalty to her record label Big Machine Records, an independent label in Nashville. She could have moved to a larger label with more resources, but as Mashable reports, staying with Big Machine has given Swift the power to steer her own direction.

Part of that has been choosing which streaming services she makes her music available too. She famously pulled her entire catalogue of songs from Spotify at the end of 2014 and has made individual decisions about which platforms have access to her previous albums.

Swift and Big Machine were also instrumental in scoring a deal with Clear Channel to ensure songs earn royalties for radio plays in 2012.

Swift goes to further lengths than most to protect her intellectual property. It’s an important lesson for small businesses, as battling rip-off merchants can end up costing hundreds of thousands of dollars.

Swift owns the trademark to individual lyrics from her latest album, 1989, including “This sick beat” from the song Shake It Off and “Cause we never go out of style” from the song Style.