How to create your own ‘man on the moon’ moment 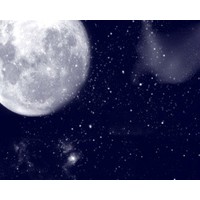 In 1961, John F Kennedy had a vision for space travel. This was when the average person hadn’t even been on an aircraft. The American president chose to present this vision by saying: ‘We want to put a man on the moon and bring him back safely to Earth by the end of the decade.’

The phrase ‘man on the moon’ inspired a generation of Americans to work to make it happen, and on July 21, 1969, Neil Armstrong became the first man to set foot on the moon.

For inspiration, play with your favourite quotes and current bumper stickers, and see how you can mix and match them to craft something pithy that will strike a chord with your audience.

If you were to write your key message as a headline, what would it say? Remember ‘dog bites man’ is not as attention-grabbing as ‘Man bites dog’.

What is the angle in your message that would grab and hold people’s attention? Use that to craft your message.

‘Man on the moon’ sounds like pure poetry, so channel your inner poet. A simple way to start is to think in rhymes.

Daniel Pink, in his latest bestseller To Sell is Human, says a rhyming message is more readily accepted than a message that doesn’t rhyme.

Who would have thought the humble rhyme had such power?

4. Put your message through the ‘T-shirt test’

If your message was a slogan that could be printed on T-shirts, what would it say? Nike’s famous ‘Just do it’ slogan works for both a bumper sticker and a T-shirt.

Can you write your message in 140 characters? Is that even possible?

Way before Twitter in the 1920s, American author and journalist Ernest Hemingway’s colleagues bet that he could not write a complete story in just six words.

The colleagues paid up and Hemingway is said to have considered it his best work.

Finding your ‘man on the moon’ moment is about distilling down what you want to say to its elegant essence. Then having the courage and chutzpah to find bold words to paint a picture, capture the imagination and inspire action.

Want to create your own ‘man on the moon’ moment? Just do it.