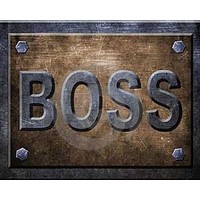 It is five years and two months since Marius Kloppers took over as CEO of Australia’s biggest listed company, BHP Billiton. The timer is ticking. Kloppers is now nine months past the average Australian CEO used-by date, of 4.4 years, according new data from consultants Booz & Co.

The pressure is real. Yesterday at the company’s annual general meeting, BHP Billiton’s chair, Jac Nasser, was hosing down speculation that Kloppers’ time is up.

The Booz & Co report found that Australia is the toughest place in the world to keep your job as a CEO. The global survey of CEO tenure found that CEO turnover last year rose 80%, from 33 departures in 2010 to 59 in 2011. That means 23.5% of CEOs in companies ranked in the ASX200 during 2011 lost their jobs, compared to a turnover rate of 14.2% globally.

“There is an incredible high turnover rate,” says Booz & Co partner, Varya Davidson. “Now our Australian CEOs officially have the highest-risk jobs. And the difference between us and the rest of the world is really big. One in four departures is really high.”

The global study looked at the world’s largest 2500 companies; in Australia, the data was drawn from companies that ranked in the ASX200 at some point in the 2011 calendar year – a total of 251 companies.

Averages, of course, do not tell the whole picture. Several high-profile CEOs who left last year had held their jobs for longer than the average.

Andrew Forrest, for example, was CEO of his own mining company, Fortescue Metals Group, for eight years before moving into the role of chairman during a clash with the regulator, the Australian Securities and Investments Commission (ASIC).

So, LeadingCompany has explored how to improve your chance of holding the CEO role for longer than the average.

Move to another country

With the worst tenure in the world, Australia not an easy place to be a CEO. For those who don’t like to bet against the odds, holding the same job in North America and Western Europe – where the turnover rate is 14% compared to our 23.5% – will improve your chances significantly.

Davidson says: “If I was thinking of a CEO role, Australia would not be my pick. When we interviewed CEOs locally, they definitely commented that it is a tougher gig here. One reason was the intense media scrutiny, which they feel is much higher here. They say the CEO is scrutinised more personally as opposed to being CEO of the company.”

Establish a good relationship with the media

Understanding the way the media works and developing a sophisticated public relations department is one solution to manage the intense media scrutiny. The media spotlight may also explain why there is a big increase in the number of CEOs being hired from outside the company, Davidson says.

About 51% of replacement CEOs are hired externally, the report found, up substantially from 28% in 2008. “That might be a driver to the prevalence of outside appointments; boards are looking for the story of injecting fresh talent to divert media attention,” says Davidson.

Outsiders have another good news story to assuage the devouring media – they typically deliver better profits to shareholders. Average annual total shareholder returns for outsiders are 12% between 2009 and 2011, compared to 8% for insiders.

Get promoted from within … huh?

Boards may increasingly prefer outside candidates, but in terms of tenure, leaders promoted from within have a longer average of five years, compared to outsiders, who last 4.2 years on average.

Insiders are also less likely to be forced out of their leadership roles, the report found, even though outsiders deliver better total annual returns to shareholders – 12% compared to insiders’ 8%.

Remarkably, 35% of outsiders got the boot, compared to 28% of insiders.

Be the surviving leader in a merger and acquisition

One reason for last year’s turnover rate – the highest since the survey began 12 years ago – was the number of M&A-related successions: 22 last year compared to five in 2010. “In an M&A, one CEO has to go,” Davidson says. “Sometimes both stay, with one as CEO or another as senior advisor. That is unusual for obvious reasons.”

The leader who has the most control of the company’s growth strategy will dominate the deal. Every strategic plan should canvass the option of a merger or buyout. Start with the end in mind.

One of the most remarkable findings of the report is this: the total average shareholder return of the CEOs who departed in 2011 was 17% – a strong performance in anyone’s book.

More significantly, the departing CEOs’ performance was better than the average performance of over the past 12 years of across all the ASX200 companies, which was 11%.

“The departures are not about performance,” Davidson points out. “It comes back to these events, the mergers and acquisitions. Even some of the forced dismissals are more about board or chair changes where they want to bring in new management. A lot of different factors can spark or trigger a departure.”

In addition to the data, Booz & Co conducted 18 CEO interviews including some Australian subjects.

“This year, we focused on sage advice from CEOs around the world, including the recently-appointed who have just done their first year, or the seasoned CEOs with a world of experience,” says Davidson.

The report comes up with seven tips.

“There are two key ones that were fascinating,” says Davidson.

“The first is to be selective in who you listen to. A couple of CEOs pointed to their boards advising them to remove senior executive team members. They made their own call and kept them, and those individuals became critical to the success of their strategies. Their boards later admitted they were wrong,” says Davidson.

The report concludes: Few people will be able to see the whole picture of where the company stands and what it needs. And it can be difficult, if not impossible, to sort out the valuable advice from the worthless. “Don’t listen too much to external advice,” says Ian Livingston, CEO of British telecommunications company BT Group. “The truth be told, you’ve got to make your own call. It’s your decision, and almost everyone actually knows that.”

Davidson says CEOs all reported that their role was lonely, and many said it was impossible to lead alone. “You need a sparring partner,” she says.

Hamish Tyrwhitt, chief executive of construction and mining conglomerate Leighton Holdings, told Booz: “Don’t for a minute think you’re capable of doing it on your own.” Tyrwhitt set up a CEO peer support group as an independent sounding board.