How to make it as an introvert in the PR business 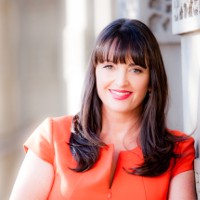 Those who’ve seen Catriona Pollard speak, are familiar with her regular columns and follow her on social media, might be surprised to learn she’s an introvert.

They may also be surprised to learn that in a relatively short amount of time she’s built a reputation as a regularly sought after expert: writing, speaking and continually commenting on all things relevant to PR.

I know I was surprised when Pollard told me she’s a “proud introvert” and when I read, in her new book From Unknown to Expert, that it was only recently that she decided to start regularly putting herself out there as an expert on the topics she’d been helping her clients with for years. I was also relieved to find a fellow-introvert — not only someone who describes herself as such, but speaks about it with pride.

Pollard’s book — a straightforward guidebook on the strategies men and women can use to position themselves as an expert — follows her journey as she has personally moved into the spotlight. It wasn’t a move that came naturally, and was certainly one that often left her feeling vulnerable and exposed, but it’s still proof that the spotlight’s not only reserved for the extroverts.

“I have a personality where I love challenges and goals and I’m really ambitious and so for me it was about realising that I was saying ‘no’ to a lot of opportunities,” she tells me, on why she decided to personally start building her public profile. “I’m not shy, but I am somebody who likes to spend time reflecting and I get energy on my own.”

But when she was knocking back opportunities to share her expertise at events, she realised that continually saying ‘no’ to opportunities on account of her being an introvert wasn’t how she wanted to live her life and pursue her career. “I wanted to be able to get to the point where I was happy to be able to do those things.”

Pollard started by accepting an invitation to speak, noting the first time she got up to present in front of 100 people on how to use social media and PR as a turning point. She recalls sleepless nights in the lead up to the event, before eventually learning to appreciate that the presentation was not about her, it was about the expertise she could offer, and what the audience would take away from it. “As soon as you tell an introvert it’s not about them, it’s about other people, it really helps,” she says.

Later, in January this year when she had three clients call to let her know they had no more budget for PR, Pollard decided she wanted 2014 to be different. She set the goal of putting her knowledge to page and writing a book, marking an upcoming speaking engagement at a conference in Austin, Texas, as her deadline for getting it done.

Knowing that the PR industry is going through drastic change, Pollard’s leveraging the book as a means to extend her own brand and reach thousands of potential clients.

She says she’s intentionally shared her own vulnerabilities in the book in order to broaden its appeal to women and to those who may have previously avoided the spotlight. “I’m saying everyone can move into the spotlight, whether they’re an introvert or an extrovert,” she says.