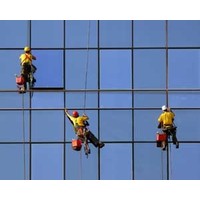 Do you know a hobbyhorse jockey? Someone who won’t shut up about their little area of expertise, and who thinks it relates to everything you put in front of them? What about an egocentric, who seems to be in the C-suite just to stroke their own ego?

The odds are you do. These are just two of 10 traits global executive search firm Korn/Ferry found after interviewing 30 of Australia’s most well-known chairmen and executives about what they liked, and what drove them crazy, in the boardroom. Those interviewed included David Jones managing director Bob Savage, chairman of Coca Cola Amital and the Future Fund David Gonski, QBE chair Belinda Hutchinson and Fairfax chairman Roger Corbett.

As well as quizzing them on their pet hates, Korn/Ferry also asked its businesspeople what they thought made exceptional board members. More than three quarters (76%) of them thought the best directors were “big-picture thinkers who could focus on opportunities and risks in the detail”.

Sound contradictory? It can be. The best directors are able to balance, the managing director of Korn/Ferry, Katie Lahey tells LeadingCompany.

“The modern non-executive director has to be fiercely independent yet part of the team,” she says. “Strategic yet able to focus on the detail.”

Being a good director today is harder than it’s ever been, she said, as shareholders and the Government expect more and more from company boards.

“In times gone by, the board meeting was perhaps three hours, then off to lunch, then that was it.”

“That very rarely happens now. Boards meet for up to two days, which are jam-packed. They have thousands of board pages to read, they’re in the public eye, they have to be available to shareholders.”

As Tony Froggatt, a non-executive director at Coca Cola Amatil and Brambles says in the report, “even five or 10 years ago, non-executive roles were looked at as a ‘cushy number’ – that’s certainly not the case anymore.”

So what makes a great director? Surprisingly, the traits most commonly identified by those interviewed focused on soft skills, rather than business expertise.

Of course, as well as finding great directors, Korn/Ferry asked the business-people interviewed what things made boards ineffective, and what types of non-executive directors they tried to avoid:

Do any of these sound familiar? Most of them being innate traits rather than easily-discernible qualifications, it can be hard for boards to figure out who has the good traits, and who doesn’t.

This is fuelling the growth in the executive search industry, says Lahey. “You can’t rely on the old-boys network anymore,” she said.

“You have to do the same rigorous process you would go through for an executive. Interviews, referees, all those tools are available.”

Carolyn Hewson, a non-executive director at Westpack, BHP and Stockland, said in the report that it was as much about attracting good board members as finding them.

“Good candidates will look at the chairman and the board, also the CEO and how the company is performing,” she said.

“For the good directors, it is not about the money,” added GWA’s managing director Peter Crowley. He said an interesting challenge, the quality of the current management team and the possibility for intellectual stimulation was important to attracting the best candidates.

The full report can be read on Korn/Ferry’s website.