How to survive a verbal blunder 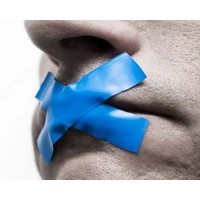 Every leader dreads the accidental slip of the tongue that causes unintended offence. When it happens within the confines of the board room, the consequences can be contained. But once it starts happening in media interviews and conference speeches, the fallout is likely to be swift and serious.

In some ways you have to feel sorry for politicians, whose every utterance might potentially be picked apart by the media. As Mitt Romney found out the hard way when he was recorded disparaging 47% of the US electorate at a private speech that you can end up spending a lot of time and energy cleaning up the mess.

Romney’s subsequent calm, no-apologies explanation of the context clearly worked to rebuild his image with journalists covering the story. But it didn’t change the fact that millions of people saw the video, and were talking about it. No matter what the explanation, the video will be difficult to erase from people’s memories, especially after the casual sexism of his “binders full of women” comment in the second election debate with President Barack Obama. It will be interesting to see how much impact these verbal misjudgements have on election day.

Of course you don’t need to be a politician for your verbal blunders to haunt you. Even the Australian shock-jock who claims women leaders are “destroying the joint”, Alan Jones, found himself pursued by a digital lynch-mob for remarks he made behind closed doors at a political fund-raising dinner.

The lynch-mob quickly turned not only on his radio station, but the many large businesses advertising with the station. The result was weeks of public vitriol and brand damage for advertisers such as Woolworths, Freedom Furniture, and Mercedes. The leadership at Macquarie Radio Network responded by suspending all advertising on the Alan Jones program for a short period, and accused people outraged by the broadcaster’s behaviour of bullying the station.

I certainly would agree that you should avoiding feeding the social media trolls, and suspending advertising was a sensible tactic to dampen the issue. But I suspect the only people who have truly learnt anything from the disgraceful saga are the advertisers, who suddenly found themselves dusting off their crisis management plans.

When it comes to self-inflicted verbal blunders, there are few Australian leaders carrying more scars than Julia Gillard. In a strategically-delivered speech, Gillard achieved global prominence for her denouncement of sexism and misogyny in Australian politics.

Rallying the troops to face a common external threat is a time-worn strategy for leaders, and Gillard’s speech has clearly already had a significant impact on perceptions of her leadership. Perhaps it was just a momentary glimpse of the “real Julia”, but the delivery of the speech, and the emotional connection it established with the public, are likely to be long remembered.

Verbal blunders are inevitable for anyone in a leadership position. The slip of the tongue itself is rarely as important as the leader’s behaviour when the mistake is publicised. We unconsciously measure our leaders through both their public personas and actions. In the long run though, almost every public utterance will be relegated to the dustbin of history.

Whether it is business or politics, the issues are the same. Leaders who are able to learn from their mistakes and publicly accept responsibility for their failings are more likely to build a strong support base. Success often attracts followers, but the occasional failure can be used by a leader as an opportunity to deepen and strengthen the relationship.