How to turn a mistake into a smart business move 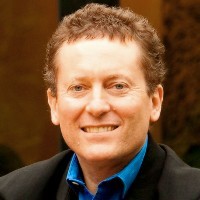 Like any entrepreneur chomping at the bit, Richard Wakelin was impatient to turn his business idea into an instant success. The co-founder of Wakelin Property Advisory recalls his “blazing passion”.

Wakelin, a commercial and residential property veteran who had made his reputation as an astute judge of investment property, set up WPA with his then wife Monique Sasson Wakelin in 1995. The timing was propitious: Keating’s recession was well past, the real estate market was booming, and mum-and-dad investors, seized of the need to provide for their own retirement, eagerly turned to property.

Based in Melbourne, WPA provided clients with advice on buying investment property: it identified potential properties, inspected and evaluated them, and negotiated or bid for the properties on the client’s behalf. For this, clients would pay a fee of $990 and between 1% and 2.75% of the purchase price.

“People [in the industry] said to us that nobody was going to pay us to buy properties for them, and in the early days getting the message out was extremely difficult,” he admits.

The Wakelin name soon became synonymous with property investment. (Sasson Wakelin sold her share in the business in March.)

“Our message then and now is one of education. We were getting the message out that selecting the right investment property is crucial to achieving financial independence,” Wakelin says.

The message stuck. Courses and educational bus tours sold out. And soon WPA had more clients than it could handle. Its small team of advisers was stretched to the limit.

The price of success

“We started with absolutely nothing; we didn’t have one single client. Within six to 12 months we had the wind in our sails, things started to take off, and 1997 to 1999 was absolutely crazy. We were swamped with new business,” Wakelin recalls.

WPA was able to stem some of the flow by placing new clients on a waiting list – for which they paid $1000. But soon even the waiting list became too unwieldy.

And then the penny dropped. The directors realised their big mistake: that there’s more to business success than passion. As counter-intuitive as it may seem to entrepreneurs, order also has its place.

While the founders’ focus was on generating business, no one had spared a thought to how the business was going to carry this load. The business lacked a framework and it soon became clear that the business wasn’t structured to sustain the success it was experiencing.

“All of that business activity exposed the serious need for processes and systems. The busier we got, the more we neglected the administration and people side of things,” Wakelin says.

The skills, expertise and client focus of staff was critical to WPA’s success, but two problems soon emerged: the best staff was working so hard that they were in danger of burning out, and increasingly the wrong people were being hired to meet the demand.

“We knew how to buy property, but we didn’t have the time or the skills needed to manage the human resources side of the business,” he says.

Calling in outside help

Wakelin called in consultants: management consultants created the systems and processes that provided the business with structure, and human resources consultants took care of the people management.

In both areas, the aim was to ensure that the business could deliver the quality of service it promised its clients, and to do so profitably and sustainably. Those changes remain largely in place. It was such a positive experience, says Wakelin, that “we became great believers in seeking outside advice”.

The first thing that needed to be addressed was ensuring that WPA’s top performers were not worked into the ground. The solution was to increase capacity in the business.

“At any given time we try to have 20-30% capacity, so that if there is sudden demand or we need to step up activity we have the flexibility to do that. It provides the business with breathing space,” Wakelin explains.

Ensuring that the right people were hired was another priority.

During those early frenetic years, reliance was placed on recruitment agencies to hire staff. Wakelin admits not spending enough time screening candidates and conducting thorough interviews. As a result, the wrong people were being recruited to the fast-growing business.

“In the early days there was no sophistication around recruiting,” Wakelin says.

The biggest failings were in “cultural fit” – employees who did not share the founders’ service ethic and customer focus were as much a liability as employees who didn’t possess the necessary technical expertise.

A new system was introduced. Recruitment agencies would still be used to compile short lists of candidates, but an external HR consultant was engaged to conduct the interviews alongside WPA managers: “they asked the tough questions”. Candidates were required to undergo skill and psychometric testing.

“Recruiting is now a very disciplined, structured process. The aim is to determine that an individual is the right fit for the organisation. We recruit for attitude; if we have someone with the right attitude, we can train them for the rest.”

The successful candidates are more likely to be highly engaged and motivated: the majority of WPA’s staff have been with the firm for at least four years.

Next year WPA celebrates its 20th anniversary and Wakelin has no doubt that recognising the business’s failings at a critical point in its development has been the key to its longevity.

“It took us five or six years to become more sophisticated in how we manage the business,” he says.

The chief executive of CPA Australia, Alex Malley, in his new book, The Naked CEO, writes that making mistakes can make you stronger – if you acknowledge them and learn from them.

“What is important is that you are extending yourself enough to even take the chance of making a mistake,” Malley says.

“More often than not, those people brave enough to take calculated risks to achieve bigger things are far more impressive and stronger as people.”

American-born reading educator Ann Fitts had her mettle tested as an entrepreneur when she discovered that her new Sydney business, Readable English, had made a surprisingly fundamental – and potentially catastrophic – mistake.

Fitts spent 20 years as a reading specialist in California, including as founder and director of The Reading Clinic in San Francisco. She also worked in schools teaching reading to children with special needs.

Readable English, formed in 2009 with Sydney book publisher Chris Stephen, has developed a system that promises a “shortcut to reading English” based on phonetics.

The system makes English fully phonetic by adding syllable breaks to words, “greying out” silent characters, and adding “intuitive visual cues” that tell students what sound each letter will make.

“Kids are super-intimidated by long words. Being able to hear words, syllable by syllable, enables them to sound out a word and when you can sound out a word yourself you can remember it,” Fitts explains.

After a year of research, Fitts recorded 22,000 syllables that help students shape words.

But it was in demonstrating the concept to schools and publishers that the mistake revealed itself: Fitts’ American accent. In recording the syllables it simply hadn’t occurred to Fitts that accent would be an issue.

The opportunity in remedying a mistake

“We caught it in time. It was in 2012, when we were still in the development phase of the business, that we started to get feedback that people wanted an Australian accent. We just didn’t realise that it was going to make such a difference,” Fitts recalls. “It was getting in the way too much and we knew we had to change it.”

Rather than look at it as the waste of a year, Fitts considered it as an opportunity to enhance the product.

It took six months to create a new database of Australian-accented syllables – not all the soundings had to be replaced – which make up 100,000 words, almost twice as many as the previous version.

The mistake also opened up new opportunities. Readable English is now working on a Spanish version of its program – featuring English spoken with a Spanish accent.