How to turn losers into winners 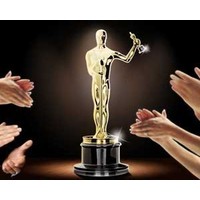 This is due to a quirk of human nature. We are more driven by the avoidance of loss than opportunities associated with gain. Knowing the power of “loss aversion” is vital for leaders interested in human motivation.

The authors of this research, Jonah Berger and Devin Pope, say that people put in a spurt of extra effort from a slight loss position. Half-time is a critical aspect to the effect. According to Berger and Pope, the importance of half-time is that the “sustained break provides an ideal opportunity for all team members to know their position relative to their opponent, reflect on it, discuss it and become motivated”.

So, knowing that humans are more motivated by the avoidance of loss (and overcoming a deficit) than the opportunity to gain (and hanging on to a lead), the next time your work team or division is just missing a target, don’t panic and don’t play the heavy.

All you need to do is take time out. At this “half-time” session you gather as a group, you discuss current achievements against goals, you reassess resources and support and you recommit as a team. Then human motivation will kick in and the group is likely to achieve the goal in the end.