I want to be CEO: How Bayer’s Aus/NZ head got to the top 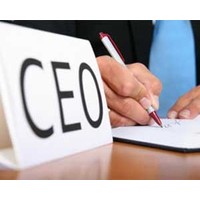 Jacqueline Applegate knows the value of career planning. With a PhD in organic chemistry, she decided she wanted to be a CEO just two years into her career as a graduate scientist. Twenty years later, she’s risen to the top of Bayer. Applegate was appointed its CEO for Australia, New Zealand and Oceania in January this year.

She believes the key to sticking to a career plan is to get used to switching between different priorities and knowing what you want. “It’s important to be effective at time management. You need to be adaptable. And you have able to ask the pointed questions and get to the heart of every issue,” she explains.

Applegate switched her professional focus from science to management in the early stages of her career, studying an MBA shortly after starting at Bayer because she believed it’s what she needed to do to get to CEO. “I figured, we’re a science-based company but we’re still a business. I knew I would have a better shot with a better business understanding,” she says.

Applegate joined the Bayer team in her home country of the United States. Keen on an international career, she moved into marketing and project management roles in the company’s German office and then on to be a global head of portfolio management in environmental science in France.

“You need to be clear about what you want to do. I’ve surpassed my original goal,” says Applegate, who originally just planned to be CEO of the manufacturing division she started in. She stresses the need to combine your personal and professional goals in your career plan to ensure your path is feasible.

Applegate says she accepted the opportunity to head up the Australia, NZ and Oceania team last year because she was ready to push herself even further, and to be financially and legally responsible for the organisation across different countries.

She made the move to Australia with her husband, David, and 10-year-old son Matthew. “David’s got the best job in the world. He’s retired and in charge of Matthew, so he has his hands full,” she says.

New to Australia, Applegate is learning to navigate the science and engineering industry. She says one of her first challenges is recruitment. “If you look globally, Australia has been extremely resilient in the economic downturn, so that makes the market here for employees very competitive.”

Staffing is just one focus for Applegate, who is also committed to a number of objectives including making 2013 the company’s first “billion-year” (Bayer Australia turned over $820,000+ last year).

She has also committed to making Bayer Australia an Employer of Choice by 2015. “I know it’s very competitive, but I think we can do it.”