If email’s so important, why are people so awful at it? 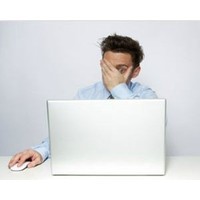 For all our best intentions to “get away from the desk”, “get out there” and to
pick up the phone and talk to someone”, email remains the pervasive medium for communicating around the office.

It’s convenient, effective and fast, and we all know how and when to use it – so we think. How many of us have sent an email to a work colleague, friend, lover or enemy to avoid talking to them? Email is the convenient answer to unwanted conversations and the ubiquitous delayer of decisions.

It can also be the maker – or breaker – of careers. Email is an extremely powerful tool, but also one fraught with danger. We’ve all heard stories, or in some unfortunate cases, been the story – of the poor sod who sent the wrong email to the wrong person, such as the underling who accidentally sent a less-than-flattering email about his or her boss to his or her boss!

More important, perhaps, is the fact the written word can be interpreted a million ways, which makes it very difficult to get a clear message across. The truth is a large percentage of people have no idea how to effectively communicate via email or through the written word.

In a business context, this is particularly worrying because everything you do, say and write, contributes to your personal brand and how you’re perceived in the workplace. The power to engage, persuade, to elicit a response and ultimately to encourage action from a flowing, credible and well-constructed email is an art form well worth learning. Sadly, however, it’s an art form being eroded by the continual destruction of the English language.

If email is such an important form of communication, why are so many people so bloody awful at it? It goes further than grammar and syntax; it goes right to the heart, in my opinion, of how certain people muddy the waters between what they want to say and what they actually say.

You know who I’m talking about: that woman WHO INSISTS ON WRITING EVERYTHING IN CAPS, LIKE SHE’S SHOUTING AT YOU!

Or the girl who signs off each email with a smiley face or an ‘xoxo’ – even to her boss! Or the guy who doesn’t read his emails before clicking ‘send’, leaving sloppy spelling mistakes, poor sentence structure and an uneven flow which leaves the reader confused.

These ways of writing can be addressed; what’s more worrying are those people – from CEO to administration assistant – who fail to realise that everything one writes via email – EVERYTHING – is recorded. That means every borderline email containing defamatory, libellous, offensive or obscene (or worse) material you forward reflects on you and once it’s sent, it’s out there forever. Remember those forwarded emails you sometimes receive? Scroll down on the next one and see where it originated. The crafty will delete such details, but most of us do not.

In the digital age, email use has become flippant. Many of us are too complacent when it comes to conversing online with contacts, friends and work colleagues. The rise of social networking on Facebook, Twitter and the like has only compounded this informality.

In the office, a close working relationship can make us let our guard down, which is understandable. My recommendation? Keep that guard up. Don’t put anything in an email you wouldn’t want read out in court, or to your boss. Or better yet, talk to people as opposed to using email. You can still make the same mistakes, but at least they won’t be visible to the world many years from now. Peoples’ memories are short; computers’ memories, unfortunately, are not.

Carolyn Hyams is the global marketing director for Firebrand Talent Search, responsible for Firebrand’s brand strategy and execution in the UK, Europe and Asia-Pacific. This article first appeared at Firebrand Ideas Ignition.