If I ran Fairfax: I’d fling out ‘underperformers and fairy-floss makers’ 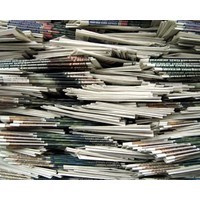 Bagging Fairfax has long been a favourite pastime for those who pontificate on media matters?—?but never more so than over recent weeks. Since Greg Hywood announced plans to slash staff, close the company’s printing plants and reorganise reporting structures, there’s been plenty of analysis about where it all went wrong for Fairfax (including in several pieces in Crikey). Many commentators have also questioned whether Hywood’s strategy offers a long-term solution to the company’s woes.

But there’s been little debate about what measures Fairfax could realistically implement to transform itself into a thriving business once again. That’s not a surprise: it’s easier to point out others’ mistakes than come up with your own ideas.

That’s why we’ve asked an assortment of veteran Fairfax watchers what they would do if they were running the company. We’ve roped in stockbrokers, media analysts, former editors, the journalists’ union and readers. We even asked Paul Keating?—?a long-time critic of The Sydney Morning Herald?—?but, alas, he didn’t bite.

Still, our respondents have come up with plenty of interesting ideas?—?from ditching the charter of editorial independence to teaming with The Huffington Post.

I would get Fairfax debt down to the proposed News Publishing division’s debt?—?zero?—?as fast as possible to compete and level the playing field in financial resources. They have worldwide editorial resources and a bigger Australian metro footprint than Fairfax. I would sell the NZ newspapers and Trade Me immediately, and sell radio into a joint venture with Macquarie Radio Network. I would keep everything else. Size counts.

To prevent further metro market share losses to News, I would terminate the charter of editorial independence and therefore the editorial slackness and left-wing bias. Since 1992 in Sydney and Melbourne, Fairfax has lost at least 10-20% circulation and display advertising shares?—?hundreds of millions of dollars of revenues per annum?—?against News because of the charter. Seventy per cent of the wealthiest metro electorates voted Coalition in 2010, and Fairfax editorial policies are ceding this audience to News. Like successful political parties do to win elections, winning this centre ground means the metro Fairfax newspapers, the fountainheads of the group, become the last standing in Sydney and Melbourne, and lengthen their support for my online assets. It gives me an extra 5-10 years of print newspaper cash flow and cripples News Australia to boot.

I need a proprietor holding more than 35% of capital, and with board control, who can call the shots. Fairfax took gobs of market share off News in Australia from the time James Oswald took over the ailing family leadership in the 1970s, until the 1987 privatisation.

From these three simple requirements, success follows, as higher levels of competence flow downwards throughout the whole company.

The ex-editor: Mike Smith (former editor of The Age, now CEO of Inside Public Relations)

Step 1: Find a patient investor with deep pockets who has a dream to provide and own Australia’s best journalism. It will take time to repair the damage caused by 25 years of wrecking balls, beginning with Warwick Fairfax and then a succession of directors, CEOs (present one excepted) and editors (with several notable exceptions) who knew not what they were doing.

Step 2: Headhunt the top 50 journalists from the competition?—?say 20 from News, 15 from the ABC, five from commercial broadcasting and 10 from other media.  Push out 50 under-performers and fairy-floss makers.

Step 4: Set new standards in credibility and accountability?—?the most powerful environment for advertising and readership. Appoint an ombudsman with real power and authority. Expose and punish unethical and incompetent journalists?—?at Fairfax and elsewhere. Create a culture where the public interest comes first and the size of the picture byline comes last.

Step 5: Make the mantra “story first” rather than “digital First”. Most stories should go online first, but there are many great scoops created by that one last phone call … and sometimes it takes 100 more calls.

Step 6: Invest in improved education and training of journalists through universities. Integrate the best journalistic role models into the courses.

Step 7: Reduce the number of pages in the printed product as well as the size. Edit it very tightly with multiple references to more information online. Journalism is supposed to edit information for consumers, not drown them in it.

Step 8: Invest in creating, developing or taking over the best financial information services in the world. This is the fast track to the monetising of internet-based news. Fairfax is way behind and needs to catch up.

Step 9: Create a “skunk works” to identify and develop new ways of delivering and creating quality information on line, especially in the future demand areas of health, aged care,  superannuation/investment and travel. Establish projects such as how to reach some of China’s 2,700,000 millionaires for editorial and advertising purposes (we know they like Australia and love to travel, shop for expensive brands and send their children to top schools overseas?—?and they are a fast-growing group).

Step 10: By creating premium journalism with high credibility and relevance?—?and shutting out irrelevant noise in a crowded media environment?—?the audience comes with a willingness to pay a premium price. Our benevolent investor realises he/she would be crazy to interfere.

The reader: Shelley Meagher (a Melbourne-based writer, strategist and evaluator who regularly reads The Australian Financial Review and The Age)

To make Fairfax more attractive to readers and bring in more money, I would return to core news delivery and editorial. I’d streamline peripherals?—?fashion, lifestyle, travel?—?especially on weekends. Model Fairfax papers on The Guardian’s high-standard reporting. Journalists should use language accurately, precisely and thoughtfully. They should speak to readers thoughtfully, with a quiet confidence born of knowledge combined with tolerance, and without hectoring?—?so that readers want to spend time with them.

Reach an agreement with The Guardian and The Huffington Postfor better cross-post options to stop users from leaving the site, and aggregate them onto the Fairfax sites.

Subsidise high quality news reporting and opinion pieces with a magazine-style tabloid companion but keep the two separate. A tabloid that resembled the current paper weekend magazines, with a blog-style commentary as well as news, would make money.

Dramatically enhance and expand the online platform, especially the mobile version. Start with an AAP/Reuters real-time ticker feed. Increase the number of Age-tagged journalists who contribute to the Twitter feed: at present they contribute as private individuals.

Show readers Fairfax papers are part of their community by getting rid of plastic packaging, delivering the papers via teenagers on bicycles and foot, and bringing back wrapping fish and chips in Fairfax newspapers.

* We’d love to hear your ideas?—?let us know what you would do if you ran Fairfax.