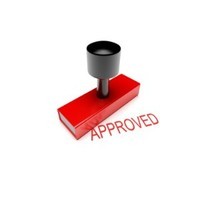 The federal immigration department has announced the approval of the first 888 visa-holder – an unnamed “successful” toy manufacturer from China who, along with his young family, will be granted permanent residency provided they maintain the terms of the provisional visa.

The new visa sub-class was announced late last year as a chance lure wealthy investors into Australia through the granting of permanent residency.

To gain permanent residency, wealthy investors have to maintain a $5 million investment in Australia for four years, which can include investments in things like government bonds, managed funds and share holdings.

During the first four years of the investment period, investors are required to spend 160 days in Australia, or a little over a month a year. Unlike most permanent residency categories, there is no minimum English language requirement, and no age limit.

“Australia is in active competition with other countries across our region for successful, high-wealth individuals and the capital and business acumen that comes with them,” Immigration Minister Brendan O’Connor said in a statement.

“Significant investors bring with them their skills in business, their links to international markets and additional capital for investment in other projects in Australia that interest them.

“There has been substantial interest from potential migrant investors with more than 170 applications lodged, totalling a potential of $850 million in investment.”

The visa is supported by both major political parties because Australia has never been able to fill its quota for business migrants. “We’ve always wanted more than we can get, and so this new visa will make it easier for some of them to come here by loosening things like minimum English-language requirements, along with age and residency requirements,” Collins says.

There’s intense competition for these migrants.

In its release announcing the first visa, the immigration department said 170 applications had so far been lodged, totalling a potential $850 million in investments.

Earlier, the New South Wales government said it had approved 102 applications. The visa requires approval from states or territories, before being passed onto federal authorities.

Given the number eight is seen as an auspicious number in China (it sounds similar to the word for ‘prosper’), the 888 visa has been seen to mainly target Chinese investors. However, migration agents have reported receiving interest from Indian, Latin American and Arabic investors.