Inside the C-suite: Andrea Hayden, HR on the frontline 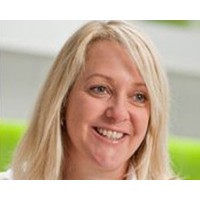 There is never a more perilous time for the head of human resources (HR) than in the aftermath of an acquisition. That is when the risk is high that the best people leave and the worst people stay. And there are a million and one problems to solve, some as practical as which offices and software systems to keep, and some as intangible as communicating “the way we do things around here”.

Get out the office and understand the business, says Andrea Hayden, director of human resources at technology company, Attachmate Asia Pacific.

Attachmate now has 4,000 staff across four business divisions in several countries including Australia, India, Malaysia, Korea, Taiwan, Japan and New Zealand. That is Hayden’s territory, and it encompasses 800 staff, including 500 in India, and a team of 10 human resources managers reporting directly to her.

“This year has been very focused on the acquisition,” Hayden says. “The two organisations did things differently. From a systems perspective, and in terms of cultural change, I am still working closely with senior leaders in each country to process the changes. It is still a moving feast.”

The human resources profession has changed dramatically over the past five years, Hayden says, and it’s a change that suits her down to the ground. “Five to seven years ago, HR was a cost centre and a support function, not a driver of change. Now HR is a key role at the decision-making table, and that change is happening daily.

“Business has finally wised up to having someone skilled in charge to take them on the journey. But you need to get under the business. HR needs to be more commercial about what is happening on the ground level.”

So how does an executive with an arts degree in psychology and economics get commercial?

“The real key for me is to get out with the businesspeople,” says Hayden. “I spent a few years working for Tabcorp. We had a dummy games room and I spent a day playing the machines, getting a feel for what punters look for, and then going on the road with the pokie technicians. What do they face? It is about spending time in the business with the front line.”