Message in a bottle: How an AA meeting sparked an insider trading debacle 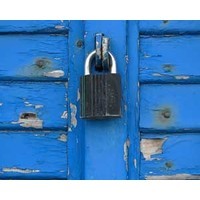 Confidences divulged after a July 2008 American Alcoholics Anonymous meeting have resulted in nine people being charged with insider trading by United States regulator, the Securities and Exchange Commission (SEC).

The SEC claims Timothy McGee, along with several others, used confidential information revealed by a senior executive after an AA meeting for financial gain.

The unnamed insider, a senior executive at Philadelphia Consolidated Holding Corp (PCHC), revealed to McGee that the stress from an upcoming merger was causing him to drink heavily.

The information about the takeover was then allegedly used by McGee, a stockbroker who knew the executive from the meetings, to buy shares in the company ahead of it being acquired by Tokio Marine Holding Inc.

McGee also the tipped off a co-worker, Michael Zirinsky. Zirinsky bought shares for himself, and more on behalf of his wife, sister, mother and grandmother. He also told his father and a friend in Hong Kong, who in turn told another friend, whose wife traded on the information.

Alcoholics Anonymous’ anonymity policy was not intended for keeping corporate secrets, but in order to allow people to participate freely in its programs despite the stigma of alcoholism. But it does raise questions about how therapy, whether individual or in groups, can interact with the high-stake area of business confidentiality.

The executive and McGee had a long-term friendship over nearly a decade, characterised by repeated confidences shared and kept. The SEC filing to a Pennsylvania court outlined how they also trained for triathlons together. They often talked during or immediately after AA meetings, or by telephone if one or both of them missed the meeting.

In doing this, the SEC pointed out in its filing, they were following Alcoholics Anonymous guidelines, which encourage participants to speak to each other before, during or after the meetings while maintaining the anonymity policy.

“McGee stole information shared with him in the utmost confidence, and as securities industry professional… he clearly knew better,” said Elaine C. Greenberg, associate director of the SEC’s Philadelphia regional office, in a statement.

For example, the Executive Connection (TEC) operates small chapters for business leaders in several countries including Australia. The chairperson, who must be an experienced business leader, meets one-on-one with those in the group to provide coaching, but members can also interact with each other in a more informal group setting.

Given that it is intended as a forum in which business leaders can have some measure of freedom to discuss what’s causing them stress, the chapters have strict confidentiality policies.

“When members join us they sign a confidentially commitment,” says Jason Tunbridge, general manager of chair and member operations at TEC Australia.

“We have a very strong confidentially structure, to the point that we don’t allow our members to send someone else in their place to attend a meeting.”

This contrasts with the policies of groups such as Alcoholics Anonymous, whose meetings are open to any member of the public.

While strict confidentiality agreements and other policies greatly lessen the risk of confidential information leaking, Tunbridge says the organisation relies, fundamentally, on people’s “honesty and integrity”.

Other avenues sometimes used by executives under stress are employee assistance programs.

These are often outsourced to firms to maintain a buffer between the organisation and the employee. One such firm, PPC Worldwide, told LeadingCompany of its confidentiality policies. “Our contracts are maintained with their employer – we provide service to their employees – but the employer never knows the names of the people coming through,” a spokeswoman said.

“It’s highly confidential. Even if the employer refers an employee, and then rings back and asks whether they attended, we’re not allowed to reveal that.”

The same spokeswoman said many executives and managers used its services, which include helping professionals deal with substance abuse.

Of course, while a code of conduct that demands professional confidences be kept may lessen the frequency of breaches of trust, any policy may fail when millions of dollars in illicit gains are possible.

After all, Timothy McGee, a stockbroker, should have known better than to use the information revealed to him in confidence.