Can you hear your corporate hierarchy crumbling? 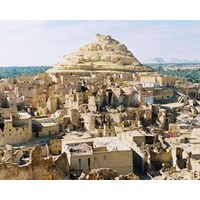 The internet and the smartphone are the greatest technological agents of change of the modern era. In combination, they are capable of shifting nation states on their axes, as demonstrated by the Arab Spring of 2011. But governments and organisations of all kinds are grappling with how to use and manage these technologies.

The ability to communicate and collaborate around the clock – and around the planet – has already reshaped the relationship between government and citizen, company and customer. With that has come a deluge of information that can be trawled for value. Thanks to email and social networks, today’s organisations know what people think of their products or services and what customers would like in the future. But the smartphone can also reveal in real time what people are doing, where they are and who they are with – insights that will further impact the business-to-customer (B2C) relationship.

These developments are having a significant impact on the structure of organisations themselves. In the 1970s, renowned Canadian management theorist Henry Mintzberg categorised the machine bureaucracy of companies with many hierarchical layers of management and formal processes, which still exists, but it is under threat from an entirely new enterprise model.

Andy Lark, chief marketing officer of the Commonwealth Bank of Australia (CBA), the country’s largest retail bank, is candid about how he views the change. When asked about bank hierarchy, Lark – who left computer company Dell to join CBA in 2011 – says these days “you can’t worry about doing the right thing for the guy above you, but for the customer in front of you”. Lark’s comment emphasises the shift for large enterprises as communications and technology deliver around-the-clock connections to customers, creating an internal collaborative “mesh” of interactions that are breaking down the old pyramid hierarchies.

“There’s a classic evolution with end-customers – those you sell to. You serve the customers, you get insights from the customers and you manage the relationship with the customers,” says Lark. Those interactions may happen in a bank branch or through a call centre. But increasingly they are coming via the Internet, either from personal computers, tablets or smartphones. “Suddenly we are looking at the intersection of two worlds of data – the public and the private, often sourced from the social (media) graph, which tells us where you are, what was the last thing you bought, what you are doing,” Lark points out. This coalescence of data presents dilemmas. “If you, [as a customer], are spending the morning with a real estate agent, why am I waiting? I know exactly what you are doing – why can’t I offer you a mortgage immediately? You have to capture the big data footprints and correlate those with your business,” Lark says.

Technology is making the walls of information-based industries porous, forging more intimate links between corporations and customers, and also offering a way for businesses to restructure and empower employees to use customer behaviour insights.

It’s an exciting time, but technology alone won’t deliver the changes needed for organisations to survive and prosper, warns Lark, who references London Business School academic Gary Hamel’s commentary on how technology is hacking at traditional boundaries of management by amplifying the need for organisational transparency. Technology does little to change hierarchy or structure, Lark notes. It is leadership that changes the culture and hierarchy, he says. However, technology can reflect the leadership styles. “For example, social networking can streamline communications up and down the hierarchy, but if you don’t have transparent practices [within the organisation] then nothing changes,” Lark says.

As the information transfer process has changed it has become harder to hide, Lark suggests. In the past, the leader could have said ‘I want an open and transparent organisation’, and the CEO would communicate via a newsletter produced by an internal communications team. But now the boundaries surrounding that hierarchy have been removed. “Now they have to follow that up on [private social networks, such as] Chatter or Yammer,” Lark explains. “People will collaborate on wikis. The barrier is gone and the expectation is clearer.”

New levels of transparency and authenticity are required from the highest levels of organisations and there are some uncomfortable transitions, observes Lark. Australia’s national airline Qantas experienced this firsthand. Within weeks of the temporary suspension of all its flights in 2011, the company attempted to re-engage with customers with a Twitter campaign inviting them to compete for a first-class amenities pack and set of pyjamas by sharing with the company and other customers their dream inflight luxury experience using the hashtag #qantasluxury. It unleashed a torrent of mainly negative commentary on social networks, demonstrating how traditional boundaries between the consuming public and the corporation have been torn down by technology and communications. The airline became the victim of its own unauthentic behaviour in that campaign, suggests Lark.”It was a failure of leadership as much as communications,” he says.

Some organisations are better prepared to embrace changing technologies and communication styles. The recently retired CBA chief executive Ralph Norris, as a former chief information officer (CIO), was well versed in the transformative capabilities of technology, observes Graham Costello, an expert in information management at the Australian Graduate School of Management. This played out when Norris proved receptive to a A$1.1 billion overhaul of the core banking system proposed by the Commonwealth Bank’s CIO, Michael Harte. Consequently Norris has left a significant legacy in a new core banking platform that delivers advantage in the speed at which CBA can roll out new products. Norris was succeeded in the bank’s top job by Ian Narev in December 2011. “CBA can out-innovate its rivals because it has a new core banking system and can just tweak that. As a result, the whole communications process becomes more efficient,” insists Costello.

Core systems enable innovation for fast-moving organisations and Costello estimates the new platform has given CBA a three-year headstart over its competitors. It’s pointless expecting innovative staff to roll out new products every 30 days when the change process for laggard core systems is three years, he insists. Lark agrees that the new core banking platform is fundamental to the structure of the bank and its future success, particularly in capturing, managing and acting on information in real time. It provides the technical underpinnings for every interaction – transactions inside the bank, between bank and customers, or increasingly in collaboration with other companies. Importantly, though, “you have to be maniacal about technology and about mining it for value, and unrelenting about going after that value”, Lark says.

Costello points to Nobel Prize-winning US economist Oliver Williamson’s transaction cost theory, which acknowledges that every transaction has a cost in terms of people, processes and the organisation. But technology has significantly reduced the costs and made it feasible to build and maintain extensive relationships with business partners and end-customers. Now many transactions can be done by the customers themselves. “The theory is that if the person in the middle knows something that you don’t, then they become a gatekeeper and there is a fee associated with that (interaction),” says Costello. “Now we all have access to the information, organisations can flatten out.” Keepers of corporate information are no longer required – at least in theory.

Waking up to the new transparency

Leading technological change and its impact on organisational structure and communication modes is not straightforward. There can be a chasm between what executives say – “the talk” – and what they do – “the walk”, acknowledges Lark. “The promise is that the CEO or VP will drop in (on a wiki or social network) and everyone will collaborate. That’s a utopian view of what technology can deliver.” For this to happen, organisations need the right culture. “In a hierarchical and bureaucratic structure it will not happen because the average employee won’t say anything,” Lark cautions. They may be intimidated by the online presence of the CEO.

Lark believes it is possible to construct cultures that encourage information sharing and reduce constraints.”There are companies that are destroying traditional management constructs – technology becomes an enabler of that. When I was giving a speech about social media, instead of going to the head of social media and saying ‘give me some information’, I went on Yammer to talk to the whole organisation.” Tools, such as Yammer, can provide access to a much broader sweep of insights and can also be self-correcting, although there needs to be guidelines for how information is shared. As Costello wryly points out:  “Having idiots answer a sensible question is not helpful.”

Lark suggests 90% of information needs to stay within the boundaries of an organisation, “but we can still share a lot of data”. “I don’t think that’s too much of an issue. It’s wildly overstated as a problem. You’ve got to be careful and have policies and procedures, but the most important thing is to use common sense. There will be mistakes, but the key is about not overreacting.”

In an era when the distance between confidential and public may be a single USB stick, it can be tricky. But Lark is enthusiastic about allowing ideas to flow more freely in organisations, and bringing the customer into the loop. CBA launched its online IdeaBank in December 2011 to give everyone – customers and the wider community, a chance to voice and vote on ideas. “We already have a ‘listening’ program for social media and (we are) using analytics,” adds Lark.

Sentiment analysis is increasingly prevalent among large B2C enterprises, where companies monitor and mine social networks to gauge how their customers feel about them and their rivals. “The big change in organisations has been to use formal paths around listening. We have not been used to that, but there is enormous appetite for it,” says Lark, who admits surprise at the eagerness to embrace innovation by the leadership team at the bank. “There’s no ‘nah we don’t do that, we’re a bank’,” he says, although he also points to the CBA’s sophisticated risk procedures, which are never far from decision-making.

Many organisations are now straddling old-style management constructs and the free-for-all of social networking. Mintzberg and his study of the six different forms of organisational structures remains relevant, Costello notes. “The machine (bureaucracy) wants people who do exactly what they are told efficiently. You don’t want them being innovative or spending a couple of hours on Facebook.” But “machine” companies are being challenged by knowledge-based industries, which mine their staff and customers for insight and intelligence and where spending a couple of hours on Facebook makes perfect sense. These emerging organisations fit Mintzberg’s definition of innovative or entrepreneurial organisations.

Lark concludes: “Organisations need to wake up to what has happened. The average employee today is fully empowered and enabled with more computer power in their hip pockets than the company will give them. As the boundaries collapse, the challenge for organisations is to understand how to bridge that.”