Is your C-suite courageous enough? 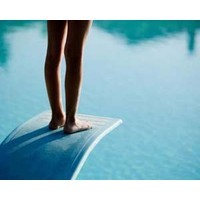 What you don’t do can hurt you. Missed opportunities lead to later regrets. Nokia could have innovated its way to dominance in smartphones. The US Securities and Exchange Commission could have acted on early whistle-blower tips about Wall Street trader Bernard Madoff’s scam. Yahoo could have sold to Microsoft. But they didn’t.

Doing nothing seems easy. It’s often an invisible mistake – a sin of omission rather than commission. To act requires courage. To innovate requires even more courage. Today, courage seems in short supply. What are leaders waiting for? Without bold action and innovation, how can troubled economies escape decline?

Courage makes change possible. Intellectual courage is necessary to challenge conventional wisdom and imagine new possibilities. Leaders must refuse to accept limits or stop at industry boundaries. Jeff Bezos has courageously led Amazon from an e-commerce bookseller to a content publisher to a device producer. Verizon’s leaders saw growth limits in traditional telecom, so they invested billions in fibre optics to speed up landlines and partnered with Google to deploy Android smartphones, requiring substantial changes in the firm’s practices.

Moral courage enables people to stand up for a principle rather than stand on the sidelines. Agree with him or not, Starbucks’s CEO, Howard Schultz, showed courage in calling for a moratorium on political contributions until US politicians solve the government funding crisis. Former Deloitte & Touche chairman Michael Cook resigned from a males-only club frequented by his customers when he made a public commitment to the advancement of women. Other firms later emulated Deloitte’s women’s initiative.

Lack of courage stymies positive change at all levels. Consider ineffective politicians who shift positions on the basis of polling data, not conviction. Consider all the times people know something is wrong – and suspect others do, too – but don’t speak up. Consider personal sins of omission: not offering thanks, praise or feedback that could strengthen relationships.

In troubled companies, I’ve observed a familiar pattern. Managers equivocate in response to a new initiative, observe struggles without helping and withhold resources. If the project works, they claim to have been for it all along; if it doesn’t, they say “I told you so.” Individual decisions to hedge bets, hoard information or go passive reinforce the decline of systems. In my book Confidence I call such behaviour the timidity of mediocrity.

Courage doesn’t imply absence of fear. Heroes are scared to death but act anyway. Innovators know that they’re taking risks. At the same time, courage doesn’t mean being foolhardy. Safety nets support daring. Rapid prototyping is tech-speak for testing and refining. Before IBM announces large social impact initiatives such as World Community Grid, leaders do due diligence about whether they can deliver. But they also don’t dither and delay.

Practise, passion and colleagueship support courage. When military commanders precede their troops into combat, or StreetSafe Boston’s workers break up gang fights and steer kids into school, you can bet they’ve rehearsed thoroughly. Courage also comes from caring deeply about achieving a shared goal. When others are counting on you and backing you, and when you’re acting in the service of others rather than for personal glory, courageous deeds are easier. Courage has a collective component, even if manifested in individual actions.

Sticking with the status quo is tempting. Once a course is set, it becomes the path of least resistance. But other paths must be explored, lest we regret the one not taken. That’s why I offer a call for leadership courage: no problem left to fester. No opportunity unexamined. No idea left behind.