Is your leadership style too firm? Orica chief executive Ian Smith steps down after “aggressive” behaviour 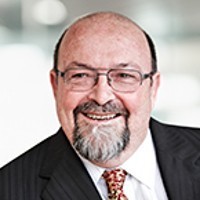 Orica chief executive Ian Smith was forced to step down yesterday after being too aggressive towards employees.

The company, which is the world’s biggest supplier of mining explosives, announced Smith would go in a statement to the Australian Securities Exchange yesterday.

“The board and Ian agree that this is an appropriate time to move forward with transition to a new leader with a different management style who will consolidate and build on the foundations that have been laid,” chairman Russell Caplan said in a statement to the ASX.

Caplan provided further details to Fairfax, revealing that an “outburst” at the general manger of investor relations, Karen McRae, was the final straw which prompted Orica to look for a new chief executive.

“He has a direct style and can on occasion be overly aggressive. If you are the recipient of that you have every right to think you are being bullied. I personally don’t characterise it as that,” he told Fairfax.

Smith said he was very disappointed with himself and had apologised to McRae several times.

“Sometimes I go beyond being robust and become aggressive. My wife told me [the job] was having an effect on me.”

“Sometimes controlled aggression can be useful when you are in fight or flight circumstances of business when your business is under enormous pressure and you need things done quickly,” he says.

“You can use military style control, which is my way or the highway, but this is at the very edge of assertive not aggressive.”

Dwyer says losing your cool at an employee in the way Smith did is never really acceptable.

“I don’t think it is ever right to be aggressive like that,” he says.

“It is sometimes useful to be a command and control style of leader that some people label as aggressive. But it’s a firm and fair approach.”

Dwyer says an easy way to identify whether your leadership style is too aggressive is to use the Johari Window approach.

He says Johari Window is a “very simple” test to use to establish what is going on and avoids investing in expensive 360 degree surveys.

He says aggressive leaders can have a significant impact on SMEs in particular and can lead to high turnover.

Eve Ash, psychologist and regular SmartCompany blogger says she doesn’t know if somebody who is abrasive and aggressive can actually change their way of being.

“Leaders who have really high emotional intelligence can care about their employees but also have strong decision-making skills,” she says.

“We don’t have room for abrasive leaders and it borders on bullying anyway.”