“It’s a wonderful time to be in business”: Meet Geoff Harris the $800 million serial entrepreneur 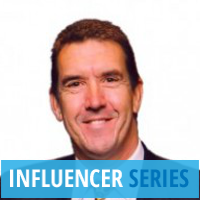 Geoff Harris is a serial entrepreneur. He made his fortune, which is estimated at $800 million, as one of the co-founders of Flight Centre.

But Harris hasn’t been sitting back twiddling his thumbs after stepping off the travel agency’s board in 2008. Instead, he went into business with Janine Allis to spearhead Boost Juice’s success, resuscitated travel company Topdeck and helped get Hawthorn football club to a premiership.

He tells SmartCompany why now is the time to be in business and how he’s turning his focus to charities The Reach Foundation and Streat.

Aussies love their travel. They will put off having their house decorated or buying a new car but they’ll still have a holiday. [Travel] is a resilient industry.

Graham Turner and Bill James had a company in the UK called Topdeck Travel. I was working for an opposition company but we were good mates and so we came back and set up Flight Centre in Australia.

We had complementary skills. I was in marketing, Bill was in economics and Graham was just incredibly smart.

Flight Centre will always be my baby as it’s the first business I was involved in. I feel great pride that it has grown to what it has.

I got involved in [Boost Juice] in early 2000 with Janine Allis when she had five shops and was struggling with a rollout. I had the experience and I bought 26% of the company.

We just had a handshake agreement: no lawyers, no accountants.

I saw a Boost shop at Doncaster with the blenders whirring and the excitement. It was all about the theatre of food.

I was involved for 10 years but I felt that I had run my race in terms of ideas and what I could contribute and I was starting to lose a bit of my enthusiasm.

Graham and Bill sold Topdeck Travel to their staff in the early 80s but it went broke and we bought back into it and resuscitated the company in 2002. Now this year Topdeck will make well over £500 million ($903 million) in profit.

I joined Hawthorn footy club in 2004 when it was second last and broke and within four years it won a premiership.

The commonalities are an excellent people and culture. People recognised and incentivised for a job well done and the aces in places, which means having the right people in the key driving spots in a business.

For small to medium size businesses it is vital to invest in the right people.  For the key drivers of the business like your finance person, your marketing person, your chief executive, you have to have top people. You can’t compromise.

When the economy is going poorly it’s a wonderful time to be in business. There’s cheaper rents, cheaper labour costs, more staff to pick from, cheaper marketing costs, other competitors are pulling back on their marketing and cheaper costs of acquisitions. If you are managing your cash correctly it’s the precise time to expand.

I haven’t had business failures but I was defrauded by a friend who I gave money to. I was helping out a mate who unfortunately ended up doing the wrong thing. He used my name to get other investors then used the money personally to fund his own lifestyle.

You just have to move on. The lesson learned is I would get external advisors to vet people even if they are close friends.

If you want to set up a business then have a red hot crack.

You don’t want to be sitting on a rocking chair at 60 saying, “Geez I wish I had a go.” Not having a go is failing.

I’ve always felt since Australia has given me the chance to become what some people would term a successful business person that investing in future leaders and young Australians is an important thing.

I aim to spend about 10% of all of my after tax money and time on the community, which I base on American philanthropists.

I want to get Streat really moving, I’m looking for another startup to get involved in and I’m planning a lot of travel.

It’s the intellectual challenge; it’s got nothing to do with the money for me now. It’s about having fun and being part of a successful business. It’s seeing the development of people in a business.

If it’s not fun you shouldn’t be doing it.

Tomorrow we will publish Harris’ 20 rules for business success.