It’s a long shot, but can RIM reinvent itself? 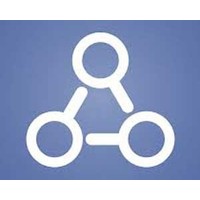 Throughout 2012, many analysts were predicting that RIM’s days were numbered. And in one way, that turned out to be true.

Last week, the Canadian firm announced that it would no longer be known as RIM – or Research in Motion – and instead was rechristening itself BlackBerry, after its iconic smartphone. Along with the change, the company introduced a new line of devices based on its latest operating system – BlackBerry 10.

Combined, these actions have been widely regarded as a last-ditch effort on the part of the firm to remain a viable player in a market dominated by Apple’s iPhone and devices that run on Google’s Android operating system, such as Samsung’s Galaxy. (In the last quarter of 2012, BlackBerry’s US market share dropped to 1.1%.)

Although many analysts were impressed by the latest BlackBerry devices — one of which incorporates a sleek, touch-screen interface, a “smart camera” and other features — some were disappointed that the firm’s newest offerings wouldn’t be available in the US until March. Already, BlackBerry had delayed the launch of its new operating system for more than a year, and the additional delay sent a negative signal to BlackBerry investors. Following the launch, the company’s stock fell by 12%.

“This looks like a huge uphill battle for BlackBerry,” says Wharton emeritus management professor Lawrence G Hrebiniak. “If market share equates with power, BlackBerry is close to powerless.” The company offers far fewer apps than its competitors, he notes, and its enterprise user base is continually eroding as companies move to allow employees to rely on their own devices for office email. In addition, “other smartphones are more powerful than the latest BlackBerry offering.”

BlackBerry “needed a bold, ‘swing for the fences’ move, and all we got is a so-so clone of other recent phones,” says Wharton marketing professor Peter S Fader. “The image of the company revolves around a no-nonsense phone for busy people who don’t have time or patience to type on a virtual keyboard or to monkey around with apps. Many of the people who have clung to a BlackBerry — despite the social pressure to leave it — have done so because of the real keyboard it had traditionally featured, and the many conveniences that come along with it…. The new BlackBerry should have boldly featured a real keyboard and lots of keyboard-based conveniences that iPhones — and their myriad clones — can’t offer.”

He adds that although BlackBerry announced it would offer a new phone that incorporates a traditional keyboard, “most people are totally unaware of it. Instead, all the hype is around marginal features that don’t offer any meaningful or long-lasting differentiation.”

“They had an incredible hold on the very large market segment that loved their keyboard,” notes Wharton marketing professor Jerry Wind. “They made huge mistakes by not keeping the keyboard and building around it the necessary software and quality services” to compete with Apple, Samsung and others.

In addition, the company’s decision to reform its brand around its well-known namesake smartphone seems like a step backward to some observers. “The rebranding strikes me as having a certain irony,” says Wharton management professor Daniel A Levinthal. ”Now that the BlackBerry as a device is becoming associated in people’s minds with a somewhat dated piece of hardware, [BlackBerry is] defining the company’s identity in terms of this particular artefact.

“Adding to the irony,” Levinthal continues, “is that the alternate business strategy for RIM would have been to embrace their secure data network as the core asset and decouple that from a propriety piece of hardware. The ‘M’ in Research in Motion — connoting ‘mobile’ — is arguably more a contemporary statement than ‘BlackBerry.’ They have doubled-down on the propriety hardware in all ways … and, I think, have lost the last opportunity to reinvent themselves as a software/service company. They have an installed user base and can certainly generate some revenue from that, but the longer-run competitive dynamics look bleak.”

According to Hrebiniak, however, there’s still hope for the company. “Mobile carriers like BlackBerry’s operating system,” he points out. ”There’s no guarantee that this applause will generate sales, but it could help.” And if enterprise customers become more security conscious again, they could gravitate back to BlackBerry, he suggests. “But, in my opinion, the biggest hope for BlackBerry revolves around competition. A third or fourth player increases competition and keeps [company] leaders on their toes. This sparks innovation and lower prices. Apple has shown some weakness of late, which could help BlackBerry.

“Finally, people sometimes root for and help the underdog, and BlackBerry certainly fits this category,” he adds. “Super Bowl Sunday has probably affected my thinking, but I think that BlackBerry can make it, despite the very long odds…. The underdog occasionally pulls off the upset.”