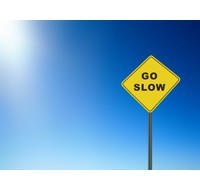 I could not be a bigger proponent of technology. My career has been built mostly around the internet. My day job as a venture capitalist focuses on innovations in digital media and big data, as well as new models of business information and community connectivity. I am nearly ”always on” – responding to emails within minutes, while at the same time scanning some document or taking a call. I have a BlackBerry for work, and a Samsung Galaxy and an iPad for play.

But as we begin 2013, I can’t help feeling that the proliferation of new communication channels and ”smart” devices has only further fragmented and strained the flow of real conversation. It has obscured content that is worth consuming. As multitasking has morphed into “multicasting” – that is, as it’s become less about trying to do more at the same time than about trying to tell more at the same time – we’ve all lost sight of what we’re trying to optimise: connectivity. In fact, it’s quite clear that in many instances our digital technologies have diluted the quality and relevance of our conversations.

Here are three resolutions for 2013 that all swim against the mass-connectivity tide:

1. Focus on being present in the moment, not recording it.

For many of us it has become almost instinctual to announce, capture and share the special moments in our lives (and even the not-so-special ones). It’s a 24/7 game of one-upmanship. A great meal is photographed, an arrival at an event is announced via Foursquare or Twitter, a performance is recorded for YouTube. At a recent Coldplay concert, I witnessed several people fixated on their smartphones rather than experiencing what was going on right in front of them. There is a philosophical and psycho-behavioural debate over whether these digital ”adds” enhance or hurt the enjoyment of an experience, or whether they don’t impact it at all. For most special occasions, I’m quite sure that they prevent us from fully appreciating the moment.

We live in a world where everything is up for comment. But in any open forum, there is always the danger of veering toward under-appreciation, indifference and even cynicism. Yes, it’s great that companies now have to face the public wrath of online critics whenever their products or customer service falls short. But many of these critiques are also screaming to be tempered with a modicum of moderation. The real focus should be on either being more constructive in your commentary or, even better, creating something interesting enough that people feel compelled to critique – good or bad. Yes, the web makes it inviting to comment, but it also makes it easier than ever to be a creator. Write a blog, lead or organse a webinar, or produce an online teaching video or podcast. The stakes may feel higher because things are more open than ever to public scrutiny, but for creators with some humility and a thicker skin, there are also more possibilities than ever for positive collaboration.

I am all for more tele-presence and enhanced Skype capabilities, but nothing beats a face-to-face meeting for the things that really matter. We may feel like we’re dealing with a situation productively when we communicate using email or text. But most of them time, grabbing lunch with someone or picking up the phone is the fastest, most efficient way to handle things. There is a new hierarchy in communication emerging from least to most personal – email, social-network messaging (via Facebook or Twitter), text, handwritten note, phone/Skype conversation and live, in-person meeting. Of course, not all interactions require the richness of a personal meeting, but a handwritten note or phone call will always carry greater fidelity and weight than bits and bytes. Conduct a quick audit of the last two weeks or month of your email conversations – how many of those would have been better held in person?

These resolutions may feel like they’re going against the grain – or even against progress itself. But it’s important, along with embracing the positive, to recognize some of the negative ramifications that come with any innovation. The overall trend for 2013 will be the increasing proliferation of ways to connect digitally. But for all of us, on an individual level, it may be more important to think about how best we can be part of contributing more to real experiences and conversations.

We have people encouraging us to move from fast to slow food. Maybe 2013 is the year to begin a “slow conversation” movement.