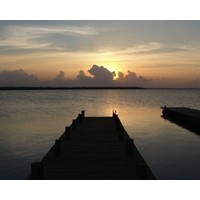 Another day, another defeat for James Murdoch, who quit yesterday as executive chairman of the family’s pay TV business BSkyB after nine years in charge.

James’s empire at News Corp – where he is technically third in charge, behind his father and Chase Carey – has now shrunk to only the Italian and Asian pay TV operations.

This can hardly be what Rupert’s anointed son would have been hoping for when the News of the World scandal blew up so spectacularly last July.

But with a damning report from the House of Commons phone hacking investigation expected after Easter, the mini mogul clearly felt it was best to walk the plank unaided, before he was forced to do so at gunpoint.

James’s decision was immediately welcomed by committee chair, John Whittingdale MP, who told the media, “I think his judgment was correct”, before adding that he should also have stepped down as a director of BSkyB, to cut all links with the News of the World scandal.

No doubt that will be his next step, if the House of Commons committee rules – as it may well do – that James misled parliament, and/or that he knew phone hacking was widespread but covered it up.

Certainly, Whittingdale’s comment does not bode well for him, because the Tory MP is one of Murdoch’s mildest critics on the committee, which has been split on how hard James should be whacked.

James’ fate may not yet be sealed, but as readers of The Power Index‘s analysis of the evidence will know, he is up to his neck in doo doo.

Not surprisingly, some of the NoTW’s hacking victims reacted gleefully to James’s latest setback, with the best quip coming from Labour’s former deputy prime minister John Prescott who tweeted “It’s the Son Wot Lost It”. This is a cute rephrasing of The Sun’s famous headline from 1992, “It’s The Sun Wot Won It”, bragging about the defeat of Labour leader Neil Kinnock, which has gone down in history.

Labour’s communications spokesman, Harriet Harman, also took the opportunity to dance a little jig, proclaiming: “Murdoch owns too many newspapers. Never again must we allow any individual or organisation to acquire such a concentration of power when it comes to media ownership.”

The next episode of this ripping yarn should be on after Easter, with the release of the House of Commons committee’s report. Then, in the week beginning April 23, James and his father are expected to appear before the Leveson inquiry in London’s High Court to be grilled by Robert Jay QC, who may well be a far sharper interrogator than most of the MPs.

Others on the menu at the Leveson inquiry include eminence rouge, Rebekah Brooks, and Rupert’s three favourite prime ministers, Tony Blair, Gordon Brown and David Cameron.

With sport like this on offer, does London really need the Olympics?

This story first appeared at The Power Index.