Inside the C-suite: Chief of science and operations, Jane Oppenheim 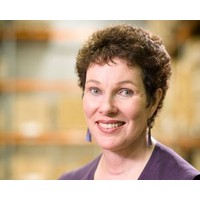 Ego seems like a word ill-fitted anywhere on Jane Oppenheim’s moniker. The unassuming leader of science and operations at Ego Pharmaceuticals, Oppenheim has 20 years’ experience as an executive of the growing, private family-owned company, which sold $94 million worth of skincare products under 28 brands in 2011-12.

Oppenheim spoke about her role as chief scientific officer – a role that is not well understood, but it is crucial in a growing number of companies – to participants at this week’s Women in Global Business presentation. Ego Pharmaceuticals began exporting to New Zealand in 1960 and to the rest of the world – starting with the United Arab Emirates – from 1994.

The start of big things

Oppenheim had no intention of joining Ego when she married Alan Oppenheim, the managing director of the company. In 1990, Alan took the reins from his parents, Gerald and Rae Oppenheim, who founded the company in 1953. But despite her best intentions, Jane Oppenheim realised that she could make a contribution to the family company as manager of its science team – then five people, and today around 35.

“I attended all the dermatological conferences, read all the journals and thought constantly about what new products Ego could develop,” Oppenheim tells LeadingCompany.

Oppenheim constantly scanned scientific literature for evidence to support Ego’s products, or to support reformulating them. When evidence is lacking, Ego undertakes its own testing and clinical trials (always on humans), the processes used by pharmaceutical companies to establish the safety and effectiveness of their products as treatments. “I never actually did the benchwork,” she says. “When the research and development people have a formula together, the analytical chemists work out assays for the active ingredients to test them.”

Stability, efficacy and safety when manufactured in bulk is all part of the development process. Then, all this evidence, together with relevant literature from other sources, goes to the regulator – the Therapeutic Goods Administration in Australia – for approval before Ego’s products go on sale.

The regulator consistently tests the products for quality even after they are on the market, Oppenheim says.