JB Hi-Fi CEO Terry Smart: Why our future is bright 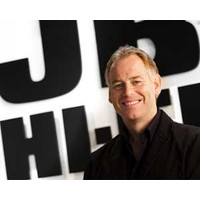 Whatever you call it, electronics retailer JB Hi-Fi is still standing while others falter.

The darling of retailing during the GFC, JB Hi-Fi has had a tough few years.

In April, the company posted a shock profit downgrade that sent its share price to a three-year low. Analysts had expected it to produce $119 million in profits, but the retailer said it was likely to post $100-105 million for the full year. At its full-year results today, the company produced total-year profits of $104.6 million – towards the top of its own forecast.

Nonetheless, the result managed to wrong-foot short-sellers – the predictors of gloom who make a profit when stocks price fall.

In recent days JB Hi-Fi was the most heavily short-sold stock on the ASX, with a massive 21.2% of its shares sold short, ASIC data showed. Its shares rose 3% in early trade – meaning a lot of out-of-pocket speculators.

“You always want to do better, but you have to take the result in the environment that we’re operating in,” he says. “We had lots of challenges this year.”

Those include weak consumer sentiment, and the closing-down firesales of several competitors, forcing JB Hi-Fi into an expensive discounting cycle.

“In light of all of those challenges we’re pleased with the result.”

Smart says this year was about JB Hi-Fi “holding [its] course” and cementing its competitive advantages.

He worked hard to provide clear evidence of that message in an investor briefing this morning, and in the company’s annual report.

“It needs to be easy”

Smart explains the retailer’s low-cost business advantage. At 14.9%, the retailer’s cost of doing business is the lowest of any major Australian listed retailer and well below international competitors such as Amazon (22.65%).

Another important factor in JB Hi-Fi’s strategy is its store positioning. JB Hi-Fi opens stores in locations with high foot traffic. Currently, only two of its stores are unprofitable.

“I think [high-traffic locations] are underestimated,” Smart says. “We are a destination for customers; however our strategy has always been positioning the stores in high foot-traffic contexts.

“It’s really just about providing convenient access for customers, especially with the rise of online. It needs to be easy. If you go to a centre with lots of other retailers and combine your shopping, you’re more likely to be going into those stores.”