Jim Collins: 12 steps to taking your business from good to great 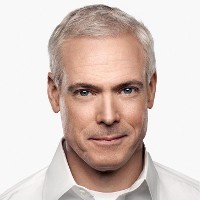 What separates the good companies from the great?

This was the topic of a three-hour session with business guru Jim Collins in Melbourne on Tuesday. It has been 19 years since Collins last visited Australia and it was just the third occasion that Collins has presented his work outside of the US in the past 12 years.

Collins, the author of six books, including the best-selling book Good to Great, was a guest of the Growth Faculty’s 2015 Growth Summit, alongside Verne Harnish and Liz Wiseman.

Addressing 1500 entrepreneurs and managers yesterday morning, Collins distilled 25 years of research into “what makes great enterprises tick” into 12 questions that all business owners and leaders should seek to answer. The process of answering the questions will reveal the principles leaders need to make their companies great, he said.

“So instead we studied the contrast between great and good and endurance and collapse … those who thrive in chaotic environments and those who it gets the better of.”

But before he revealed his 12 steps, Collins walked the audience through what great leadership is.

Collins says it is common for leadership to be confused with a big personality, but most of the leaders of great companies he has come across through his research had “a charisma bypass”.

Instead, Collins defines leadership as “the art of getting people to want to do what must be done”.

“First you have to decide what must be done,” he said.

“And it is an art … all artists have different approaches to what must be done but they are all artists.”

“The key is figuring out what kind of artist you are, what is your artistry. Then exercise that art to get people to want to do what must be done.”

Collins says great leaders are not born that way and instead grow into becoming great leaders.  And so his first step to turning a good company into a great one is about leadership.

In Good to Great, Collins developed a five-level hierarchical system of leadership, and turning a good or mediocre company into a great one requires a leader who sits at the top of that hierarchy with a certain “x-factor”.

“The difference between the fives and the fours is personal humility,” he said.

“But humility combined with utterly stoic will … they are utterly ambitious for the cause, the company, the culture, but they combine that with personal humility and say ‘it’s not about me’.”

According to Collins, level four leaders can motivate people to follow them, but level five leaders motivate their employees to “follow a cause and be part of a quest”.

Step 2: Getting the right people on the bus

Collins says great leaders don’t necessarily always know the direction to drive their company bus but instead know who needs to be on the bus and who needs to get off.

“The single most important executive skill to have is clearly the ability to make excellent people decisions,” Collins said.

Unit managers drive their own mini-buses and, according to Collins, can create “pockets of greatness” within a company.

Step 3: Face up to the brutal facts

Collins’s third step is all about “confronting” the hard facts about a company and its current situation and to share that information with employees.

“It will energise people,” he says.

Step 4: Work out what your Hedgehog Concept is

Collins’ research claims there are two types of people: foxes and hedgehogs. Foxes may be quicker, but hedgehogs are better leaders as they have an ability to take a “single organising idea” and use it to “drive the bus”.

Developing a Hedgehog Concept involves three circles that overlap: what we are fanatically passionate about, what we can be the best at, and what drives the economic engine.

At its core is finding the one idea that you are truly passionate about and using that idea to identify the one thing you can do better than anyone else.

“If you are truly great, if your organisation went away it would leave an unfillable hole that cannot be filled by any other organisation,” Collins said.

But being the best in the world doesn’t mean having to be the biggest.

The key to building a great company is discipline, consistency and building growth in daily increments.

Collins explains this through the concept of a 20 Mile March – an incremental goal that you commit to get done each day or each week that moves you closer to your end goal.

“Do not confuse consistent with slow,” Collins says.

“There is tremendous consistency in any great enterprise. The true signature of mediocrity is chronic inconsistency.”

Step 6: Fire off small bullets before you launch a cannonball

Collins said great companies gather evidence about their capabilities by firing “small bullets” before launching their big bets, or “cannonballs”.

“The mistakes companies make are firing uncalibrated cannonballs and hope they hit or they fail to go big when they do have calibration,” he said.

“Go big but with empirical validation”.

Step 7: A degree of productive paranoia is essential

In Collins’ book How the Mighty Fall, he found great companies that come undone often suffer from arrogance or hubris. And the signs of their demise are often there while the company still looks good from the outside.

“Success coupled with arrogance is the start of the great decline,” he said.

Collins said these companies are often led by leaders who assume their past success entitles them to future success, but in contrast, truly great leaders and companies have a “distrust of their success, a distrust that it will hold”.

“Be grateful [for your success] but fearful,” he said. “They world will not always be kind”.

Collins said he hopes small companies are “financially conservative” because all companies need a financial buffer to help them “stay alive when, not if, things go bad”.

Step 8: Are you building a clock or just telling the time?

This step is about whether your company is built to last, even after you are gone.

If you are a time teller, your company always depends on you as an individual to tell the time or get the work done. But if you are a clock builder, the company can tell the time even if you’re not there.

“The company will only be great when you are not needed,” Collins told the leaders in the room.

Step 9: What kind of clock do you want to build?

Collins told the audience to become “and people not or people” by embracing the dichotomies of running a great company.

He said the “one giant and” that separates enduring companies from ones that fail, is the dual endeavours of preserving the core of a company and stimulating progress or growth.

He said it is about separating out the values of a company with the practices that build up around the values.

Many of the questions from the audience were about Collins’ concept of the BHAG – the Big Hairy Audacious Goal – that creates momentum for a great company.

“Good to great is never done,” said Collins, who said business owners need to find the one ambitious goal that will dominate their lives and their companies.

“If you know for certain you will achieve it, it is not a BHAG,” he said.

“The climb will make your stronger.”

Step 11: Make luck work for you

Collins said the most successful leaders often attribute their success to luck but in actual fact, what they perceive to be luck is “a form of discipline and productive paranoia that one day your luck might run out”.

Instead, the correlation between great companies and luck is how the companies use their return on the luck.

“It’s what you do with the luck you get,” Collins said.

“Luck favours the persistent … true creators stay in the game. If you think life comes down to a single lucky hand, you will lose.”

Most business owners and entrepreneurs have a To Do List, but Collins recommends starting a Stop Doing List as well. These are the things that if you stop doing them, will equally help your company on its path to greatness.

“Discipline begins with what we have the discipline not to do,” he said.