‘Job done’ syndrome: How to recognise when it’s time to move on 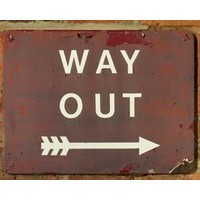 Achieving objectives is the essence of executive life. “Management by objectives works” the famous Austrian thinker Peter Drucker declared in his seminal book The Practice of Management, published in 1954. There has been little change in thinking since.

But what happens when the more challenging objectives have been achieved? How should managers approach the transition?

Witness the case of Alchemia. The company has produced a generic version of GlaxoSmithKline’s Arixtra drug, Fondaparinex, which is used to treat deep vein thrombosis and pulmonary embolism.

Peter Smith, chief executive officer of Alchemia, says proudly that the complexity involved in replicating the drug was daunting. “Even though we were just copying this drug it has taken us 10 to 11 years to get to this point,” he says.

“Chemists pale at the difficulty of replicating a drug when it has eight steps. This had 60 steps. It was a phenomenal achievement for such a small company.”

The business objectives have also been partly met. Alchemia’s sales of Fondaparinex in 2011-2012 were $324 million and the company made its inaugural profit in September. It has become a matter of managing steady growth for a product with a price advantage. Smith does not divulge the margins, but he says it is a “very profitable product”.

The management challenge now is to defend or increase market share. Smith draws lessons from game theory, which postulates that when there are three players in a market – the two other players in this case are GlaxoSmithKline and Apotex – then there is unlikely to be a fourth competitor, assuming the barriers to entry are high.

“I’m not saying that no-one else is going to going to come in, but what makes it less likely is that there are three players in the market. When you get four players it is a straight shoot out on prices. But it costs hundreds of millions to get in, so it is a pretty stable market.” Smith says Alchemia gets about a 40 per cent market share in the retail market but has negligible sales in the hospital market, where it hopes to get growth.

Smith will not be making the transition to managing the more predictable business, however.

Alchemia is to be broken into two entities. One is the predictable Fondaparinex company, under the Alchemia name, with its predictable revenue streams. The other will be Audeo Oncology, a research and development arm seeking to develop cancer treatments, which will be domiciled in Delaware and listed on NASDAQ.

Audeo will continue to aim high. Smith’s eyes light up when he describes the challenge of aiming high, which typically means managing constant crises. Third stage drug trials, for instance, he describes as “terrifying, absolutely terrifying – what can go wrong will go wrong.”