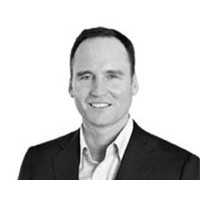 ‘The Amcor Way’ is the packaging company’s “proprietary operating model”.

Developed in 2009, it’s a five-step map of business priorities: safety, a customer and market focus, talent, capital discipline, and a focus on remaining low-cost.

It can sound fairly ‘motherhood’ at times. After all, what right-thinking CEO doesn’t want to keep costs low?

But the policy’s pay-off can be seen in Amcor’s success over the past few years. Today, the global company posted a 16% rise in full-year net profit to $356.7 million, boosted by its acquisition two years ago of packaging companies Alcan and Ball.

The result is especially impressive when you consider all the company has had to deal with over the past year.

For one, the global company makes most of its profits overseas but converts them back to Australian dollars for reporting purposes, meaning the high Australian dollar has shaved a few percentage points off its growth. It’s heavily exposed to Europe and America, but has avoided their economic malaise by specialising in non-discretionary spending such as food and pharmaceutical packaging. It’s faced a blow-out in raw material costs. And in case you haven’t noticed, it’s a manufacturer.

Amcor’s cautious, defensive planning has paid off, due in no small part to its overall philosophy, its chief executive says.

“The Amcor Way” was originally called “The Way Forward”. It was designed as a turnaround and cultural-change program when Ken MacKenzie first took the top job in 2005, but it’s been retained because the company found it so useful.

“It’s the foundation of the company,” MacKenzie told investors this morning. “It focuses on the core capabilities you need to have in order to be successful in this industry.”

Things looked very different for the company in 2005. Amcor had spent more than $4 billion on acquisitions in new markets. This changed the strategic make-up of the company, but because there were few synergies to be gained through these overseas acquisitions, the company’s financial performance suffered.

From 2006 to 2011, Amcor was also embroiled in allegations of price-fixing with Visy. Amcor managed to settle the class action out of court for $63.3 million (Visy paid $31.7 million).

In a rather unorthodox beginning to his results briefing, MacKenzie proudly displayed his company’s safety record.

“I’d like to start this meeting as we do all our internal meetings at Amcor,” he said, explaining his company’s commitment to a goal of zero injuries.