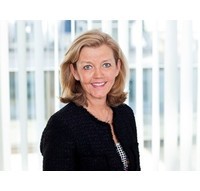 Chief Charlotte Erkhammer tries to see each of her 25 national divisions twice a year. And that’s not counting all the other reasons she has to travel.

It’s hard, and it might not make sense forever, she admits on a recent visit to Australia.

But at this stage in the company’s history, she tells LeadingCompany, she wouldn’t have it any other way.

It’s been three years since Swedish Kreab merged with New York-based Gavin Anderson. Erkhammer, who’s led Kreab on and off since 2004, is now back in the CEO chair.

“It always takes some time after a merger to deal with the cultural differences, and different countries,” she says.

“What I have done is tried to set a structure that’s as flat as possible … To get [the feeling] that we’re one company, we have to have a flat structure. We have to be able to pick up the phone and call each other, and not think about passing through layers of managers.”

Below her, Erkhammer is assisted by two CFOs, and below that, her country managers. Every other layer has been stripped out.

“When I want to say something … I email everyone,” she says. “I think having that flat structure is key to our success.”

Kreab Gavin Anderson never reveals its clients, but in the EU where it’s required to lodge its clients for transparency reasons, they include some of the EU’s largest businesses, including Mastercard, Goldman Sachs and Emerson.

But KGA isn’t a large company. It employs just 400 people scattered across 25 countries.

“We call ourselves a big, strategic boutique,” Erkhammer says.

But Erkhammer says business is booming. “The more complex the world becomes, the more need there is for good communications.”

“We come in because it’s not easy to be a CEO and run a global company today. It’s such a complex world, with so many changes going on. When you’re a CEO with your management team, things go so quickly. So you need someone with outside eyes.

Why good leaders are good coaches

Erkhammer says a good leader is one who helps his or her employees to grow.

“People learn by mistakes,” she says.

“I think it is important to listen, to coach, to make people grow, instead of saying, ‘that was wrong’… That is the way I hope I work with our people. They have to feel they are important, whether they are 25 or 75.

Don’t plan too far ahead

Asked what advice she would give the young, Erkhammer says it’s important not to let your dreams get too far away from the present.

“It will never be as you think it will,” she says.

“I meet frequently with a couple of young people who I am mentoring. I notice they try to plan too far ahead.

“I say, don’t be too ambitious. The world will not collapse if you don’t do things immediately.

“I give this advice to our clients too: It’s a new day tomorrow. Think things through. It’s always good to sleep before big decisions.”