Lawbreaking aside, 6 things to learn from the Wolf of Wall Street 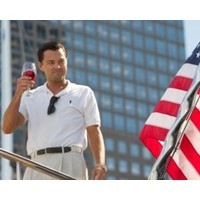 The Wolf of Wall Street film is an intoxicating mix of seedy stock market practices, suave sales techniques, charismatic but corrupt businessmen and mountains and mountains of cash.

While based on a book written by Belfort, large amounts of Belfort’s tale were fictionalised by director Martin Scorsese. But DiCaprio’s character can teach us a few things about the right and wrong ways to do business.

Clearly fraud, stashing money in Swiss bank accounts, secretly buying stocks in an initial public offering, and bribing an FBI agent – as subtle as it may have been portrayed – are all clearly no-go’s.

However, remarkably, there are six things that business owners can learn from:

1. Eat your pride and start from scratch

In the film, Belfort started his career at a high-flying stock broking firm, but when it crashed he found himself at a dodgy local operation that sold worthless ‘penny stocks’ in companies unlikely to succeed. Not perturbed, he picked up the phone, started selling, and fearlessly built a livelihood from scratch.

2. Have passion, but not too much

While Belfort’s passion for money led him to unscrupulous practices, it can’t be denied that DiCaprio’s portrayal showed how much he loved his industry and was intensely motivated to sell and succeed. If a business owner channelled passion like this in a legal way, there would be no stopping them.

When Belfort picks up the phone to make a sale, he will not hang up until the ink is signed. He could sell anything – from someone’s own pen back to them, to stocks in a company that barely existed. The art of building a rapport with a client, enlisting their confidence and making them feel positive about a purchase is a skill all business people can learn.

When Donnie Azoff, played by Jonah Hill, meets DiCaprio’s Belfort in a diner, he drills Belfort on how he managed to buy the posh sports car parked out the front. He wants to work for Belfort, despite having no experience, but Belfort spies his hunger for money and takes him on. He trains him to lead a ‘wolf pack’ of hard-hitting sales gurus. This becomes his hiring technique – gathering people with potential rather than impressive CVs.

Admittedly hiring escorts, providing illicit pharmaceuticals and throwing parties that trash entire floors of hotels are not appropriate incentives for staff. But Belfort’s goal to build camaraderie and reward success fostered loyalty in his team, which should be the aim of any business owner.

6. Give a winning speech

DiCaprio’s Belfort had the art of a captivating monologue down pat. He revelled in showing his passion, motivating his team and twisting a bad scenario into something uplifting. He threw $40,000 watches into the crowd and told his team he loved them. Clearly speeches like this are over the top and inappropriate in a modern business setting. But being a polished public speaker, good staff motivator and being a face of a business are all elements a business owner can take away.