Lead, don’t manage: How the young rich do it 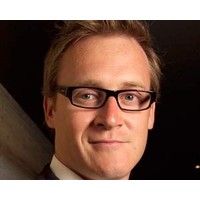 Andrew Barlow and Adrian Giles were 24 and 23 respectively when they first became leaders. They started their company, Hitwise, in 1997 and sold it in 2007 for $288 million. With their success they joined an elite group – the ranks of our richest people aged 40 and under.

They also rode another wave – a rolling revolution in leadership driven by a flood of young leaders creating big companies. Barlow tells LeadingCompany: “We were on the cusp of when this [leadership approach] was changing. I think there has been a massive change to what it was years ago. It is far less about managing and more about leadership.”

The leaders from the ranks of the Young Rich have been among the most influential because the companies they started have become so large, and they have a lot to say about how business leadership is changing and needs to change more.

The need to retain the restless Gen Y talent has influenced leaders to shift from being managers – setting tasks, allocating resources, budgeting – to being leaders, says Barlow. “Leadership is really about engaging and inspiring the team, making them feel a part of something bigger than themselves – something they are proud to be a part of, inspiration and vision.”

These days, Barlow and Giles (together worth an estimated $55 million) are active business angels (investors) in several fast-growing private and public companies. Barlow, who is the interim CEO of listed online marketing company, WebFirm , says he has seen a range of leadership styles across the companies he has invested in, and younger leaders are better than baby boomers at managing Gen Y.

“I think the differential for baby boomers – and it happens for companies I have bought – baby boomers in that leadership position don’t understand how to motivate and inspire Gen Ys by telling them what is in it for them. It is not about how to contribute to the company. It is making them feel it is their company and empowering them to do great stuff. It requires a soft touch, and knowing when to push.”

Ironically, perhaps, the style of young leaders is also popular with baby boomers. Being more comfortable with letting all their reports have authority and resources to do their job and deliver results suits older workers too, as they have enough experience not to want to be told how to suck eggs.

Ruslan Kogan, ($145 million, age 29) is the founder of the online electronics company, Kogan. He says he leaves baby boomer to their own devices. “They manage themselves. Kogan is results-focused. We run a meritocracy. You are rewarded not on how old you are, or your uni degree, or your length at company. People have their key metrics, and they get rewarded on them. They can put forward a business case for pay rise as often as they like if they think they are worth more. We have a 19-year-old who had six pay rises in six months, and is now in the senior team.”

Property developer, Shane Wilkinson ($72 million, age 40), prefacing his comments by acknowledging that there are always exceptions to the rules, says he has a number of reports who are older than him.

“I realise my shortfalls and engage people who are very good in their field. They are often older than me. I try to pick the right person for the right role, give them the power and authority and as much direction as I can, and then let them go. Managing people in their 50s, who are very successful, with kid gloves creates conflict.”

Wilkinson says younger leaders take more risks, but not unnecessary ones. “That is just humanity. When you are starting out, you will risk everything.”

He learned from watching his father’s approach that he did not want to emulate him. “Watching my father and how he conducted his business, you lose sight of the forest for the leaves, and you end up less successful because when you are focusing on very small part. You might be doing it very well, but I would rather see the big picture, and if you lose some off the barrow, it is no big deal.”

Barlow says leaders today must be more transparent to gain the engagement of their staff, and that is inherently a risky approach to managing people. “The old way is not to share too much information with employees, especially financial information. Now you need to tap the intelligence of the whole organisation. Don’t pretend you have all the answers: share, be open with the financial position – transparent, direct and honest.”

With the risk of greater transparency comes reward, he says. “Hopefully, you attract and retain better talent because they are part of something big, not a monkey on a factory line. It’s crucial if yours is a company that’s future existence relies on innovation – and I would argue that is all companies: if you can‘t adapt, you fall behind.”

Younger leaders typically take more financial risks, aware that they still have time to start again if they suffer a financial catastrophe or setback. “Any money I have ever earned in Kogan I have reinvested. I have my balls on the line every day. I am 29 and happy to take those risks. Our business is changing the retail landscape in Australia, and I am so excited by it that I am investing everything to ensure the success of the business.

“But I wouldn’t make an irrational decision just to give it a go. Younger people know how to attain info faster than older people and that means better decisions.”

For example, Kogan will decide on the number and size of flat-screen TVs to order based on checking the statistics on the number of online searches consumers have made.

Kogan recalls: “Our director of IT used to work at an engineering firm. The CEO of that firm would get all his email printed off each morning and walk around the office putting them on people’s desks. It is not only wasting paper; it is not understanding that technology works, not understanding that it is reliable.”

Kogan’s leadership is as deeply entrenched in technology as his product sales are. By having every employee set up with technology to work from the office, home or a coffee shop in Belgium offers a flexibility that keeps his staff loyal, happy and productive.

It also makes them accountable. “Within a second, we bring up an email and say, you said you were doing this or what did we agree on with that company. Older-style leadership needs to go through the files. In our company every single communication with customers is logged – phone, live chat, email – and managers constantly review it and discuss what can be improved to improve the customer experience.

“Information is king! The more information you have, the better your decisions.”

Technology underpins the innovation that Kogan believes has delivered his company’s 600% revenue growth. It obviates the need for stifling processes and form-filling procedures that kill creativity. “All staff members are taught go against the grain, to swim upstream and question everything. We need innovation on daily basis. There is always a better way. So we have a huge amount of ideas flowing through our company on a daily basis.

“Kogan today is completely different from 12 months ago. That is why we had 600 per cent growth in last year. If we were content, we would be a $20 million company, not a $200 million company.”

Wilkinson says technology is less important in managing his 55 staff. “I would say I am more traditional than I should be. There are two sides of me. I do ask, how does this technology really affect your bottom line? In a multimedia company or in advertising, they have to be very attuned. But for my business – in building and development – other than a marketing department, which does amazing things with 3D technology, it doesn’t really affect me.”

At the big end of the construction industry, however, technology is reaping dramatic change.  Leigh Jasper and Robert Philpot ($70 million, aged 38 and 39) have made their fortunes in their online document management system, providing a way for builders of big infrastructure and mining projects to share up-to-date plans and specifications. Leadership in the global construction industry is as technology-dependent as Kogan.