Is it better to be feared or loved: What the research shows 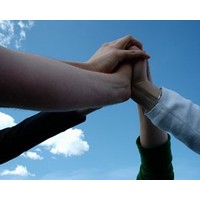 Is it better to be loved or feared? Niccolò Machiavelli pondered that timeless conundrum 500 years ago and hedged his bets. “It may be answered that one should wish to be both,” he acknowledged, “but because it is difficult to unite them in one person, it is much safer to be feared than loved.”

Now behavioural science is weighing in with research showing that Machiavelli had it partly right. When we judge others – especially our leaders – we look first at two characteristics: how lovable they are (their warmth, communion or trustworthiness) and how fearsome they are (their strength, agency or competence).

Why are these traits so important? Because they answer two critical questions: “What are this person’s intentions toward me?” and “Is he capable of acting on those intentions?” Together, these assessments underlie our reactions to other people, groups and even companies.

Research by Amy Cuddy and colleagues Susan Fiske of Princeton and Peter Glick of Lawrence University, shows that people judged to be competent but lacking in warmth often elicit envy in others, an emotion involving both respect and resentment that cuts both ways.

When we respect someone, we want to affiliate ourselves with him, but resentment can make that person vulnerable to harsh reprisal. On the other hand, people judged as warm but incompetent tend to elicit pity, which also involves a mix of emotions: Compassion moves us to help those we pity, but our lack of respect leads us ultimately to neglect them.

So which is better, being lovable or being strong? Most leaders today tend to emphasise their strength and competence in the workplace, but that is exactly the wrong approach. Leaders who project strength before establishing trust run the risk of eliciting fear, which can undermine cognitive potential, creativity and problem solving, and cause employees to get stuck and disengage.

A growing body of research suggests that the way to influence – and to lead – is to begin with warmth. Prioritising warmth helps you connect immediately with those around you, demonstrating that you hear them, understand them and can be trusted by them.

Although most of us strive to demonstrate our strength, warmth contributes significantly more to others’ evaluations of us – and it’s judged before competence.

Princeton social psychologist Alex Todorov and colleagues study the cognitive and neural mechanisms that drive our “spontaneous trait inferences” – the snap judgements we make when briefly looking at faces. Their research shows that when making those judgements, people consistently pick up on warmth faster than on competence.

Behavioural economists, for their part, have shown that judgements of trustworthiness generally lead to significantly higher economic gains. For example, Mascha van ‘t Wout, of Brown University and Alan Sanfey, of the University of Arizona, asked subjects to determine how an endowment should be allocated. Players invested more money, with no guarantee of return, in partners whom they perceived to be more trustworthy on the basis of a glance at their faces.

In management settings, trust increases information sharing, openness and cooperation. If co-workers can be trusted to do the right thing and live up to their commitments, execution is much easier. Trust also facilitates the exchange and acceptance of ideas. Most important, trust provides the opportunity to change people’s beliefs.